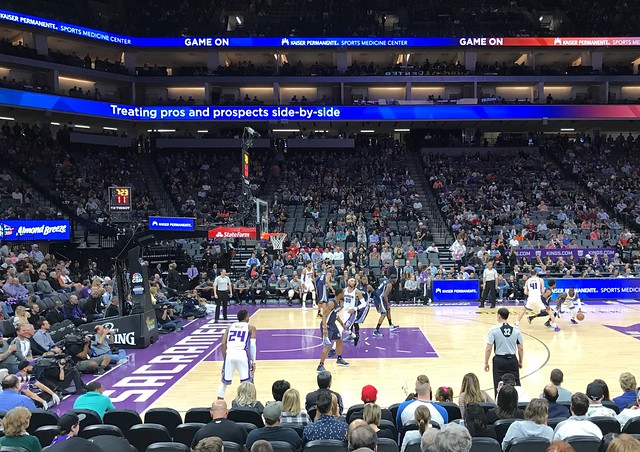 I went to the Sacramento Kings versus Memphis Grizzlies NBA Basketball game with Phil. Holding a small lead for most of the game, the Kings held on to win by the score of 91 to 90.

Darren Collison led the Kings with 23 points on 8 for 13 from the field, 1 for 2 from three point range and 6 for 7 from the free throw line. He made two free throws to put the Kings up by one with 5.7 seconds left.

I enjoyed watching Buddy Hield. He was the Kings second highest scorer with 14 points.

I enjoyed the Sanborns' seats and the opportunity to go to the lounge underneath the arena! Frankly, this is a funnier team to watch without Cousins...