Sharon and I walked out to Black Point on Friday night when we were at Sea Ranch.


Kenkoku Maru Grounding
1951
Marker 1-24
See this location on Google Maps
This site is located at the end of Black Point Reach near the Black Point Bench Access at Sea Ranch, California. The Sea Ranch Archives Committee has identified twenty-six historic sites scattered about The Sea Ranch. They have constructed trail markers with information explaining the significance of each place. They were placed as part of The Sea Ranch 50th anniversary being celebrated from Memorial Day 2014 to Memorial Day 2015. The GPS coordinates for this location are 38° 40' 59.6" N 123° 25' 53.6" W. 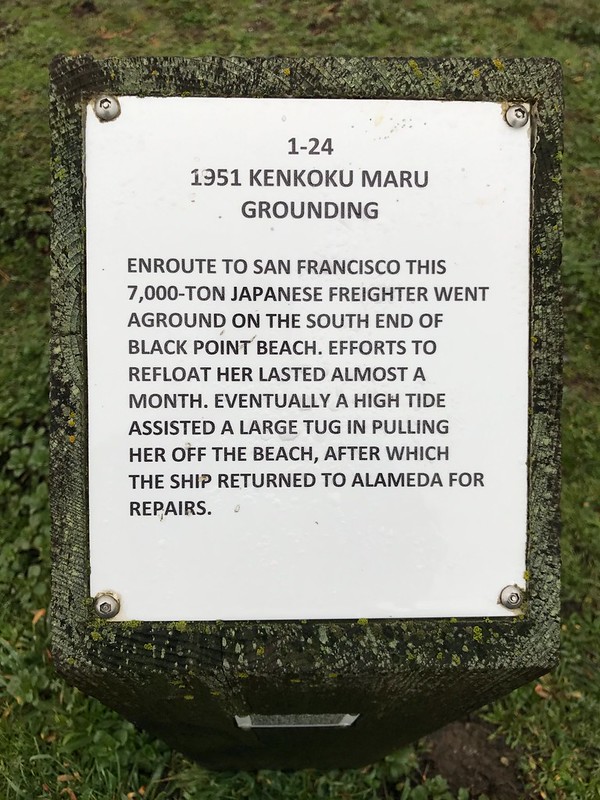 Enroute to San Francisco this 7,000-ton Japanese freighter went aground on the south end of the Black Point Beach. Efforts to reflect her lasted almost a month. Eventually a high high tide assisted a large tug in pulling her off the beach, after which the ship returned to Alameda for repairs. 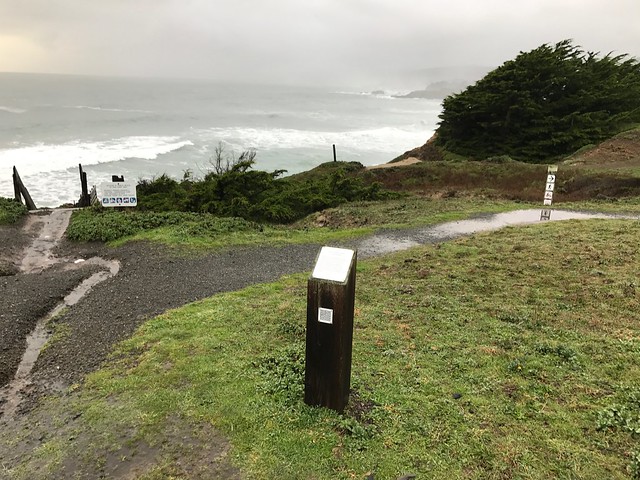