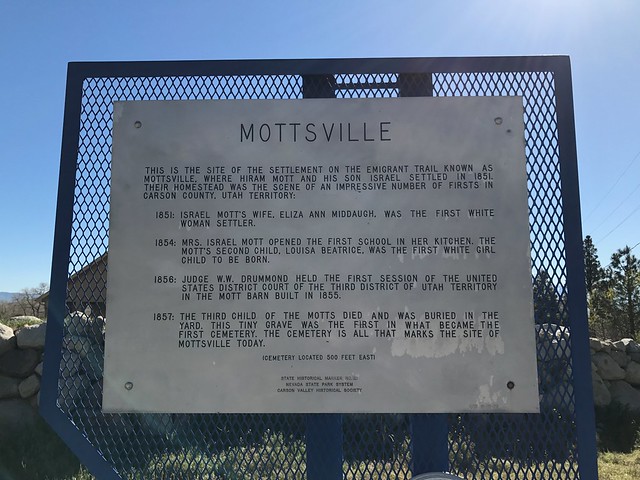 This is the site of the settlement on the Emigrant Trail known as Mottsville, where Hiram Mott and his son Israel settled in 1851. Their homestead was the scene of an impressive number of firsts in Carson County, Utah Territory:

1854: Mrs. Israel Mott opened the first school in her kitchen. The Mott's second child, Louisa Beatrice, was the first white girl child to be born.

1856: Judge W.W. Drummond held the first session of the United States District Court of the Third District of Utah Territory in the Mott barn built in 1855.

1857: The third child of the Motts died and was buried in the yard. This tiny grave was the first in what became the first cemetery. The cemetery, 300 feet east, is all that marks the site of Mottsville today. 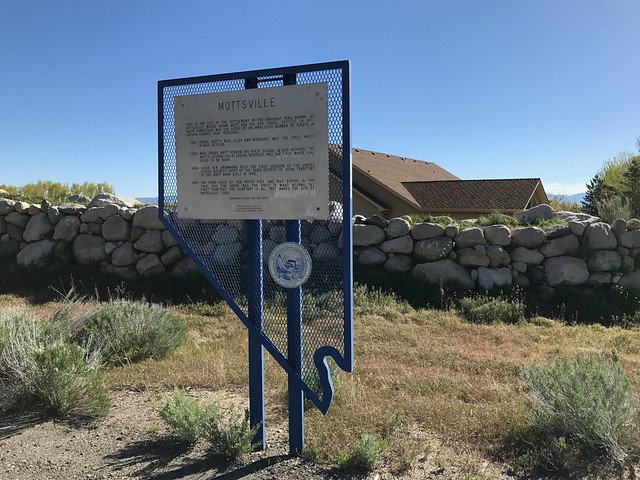