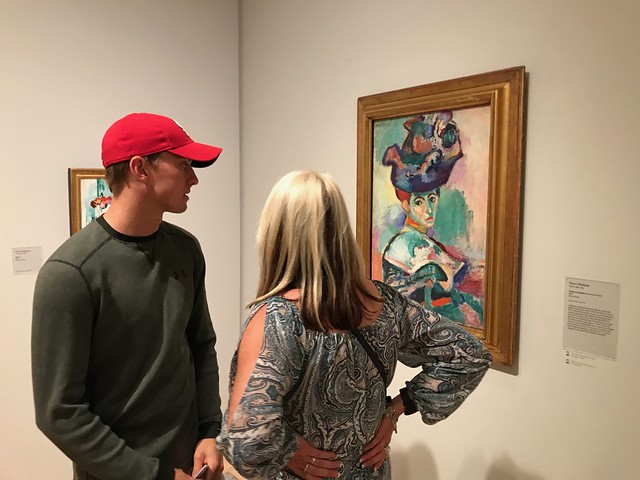 Late on Friday, Jack suggested that we go to the San Francisco Moma on Saturday. Leaving at 10:30 am after Sharon and I worked out, it took us almost three and a half hours to get into the city. The world is a parking lot... It was a little after 2 pm by the time we got into the museum.

The special exhibition was Edvard Munch: Between the Clock and the Bed. It included a number of self portraits at different ages. I had seen an extensive exhibit of Munch at the New York Moma a number of years ago.

The Sfmoma has expanded a lot since Sharon and I toured it with the Larkins more than ten years ago. I enjoyed the larger collection of Warhols and Lichtensteins as well as a couple of post World War II German paintings.

We finished the day in San Francisco with dinner at Anchor and Hope. The restaurant is located in a hundred year old warehouse. Sharon had sea bass and Jack had lobster rolls. While I rarely order it at a restaurant, I had salmon.