Although I shouldn't have been surprised, we slept late. It was after 8 am before we started to stir. Getting cleaned up, we had breakfast at Jams. Sharon and I had walked by the restaurant on Thursday morning and it caught Sharon's eye. Jack had a jams omelet, Sharon had maplebrook burrata & soft scramble and I had a smoked tofu & market vegetable scramble.

After breakfast, we walked through Central Park to The Metropolitan Museum of Art. I was surprised at the number of people. Given that it was the Easter weekend, I probably shouldn't have been. We spent several hours touring the museum. I always look for paintings by the Caravaggio, van Gogh and Picasso. We have been to the van Gogh Museum in Amsterdam and the Picasso Museum in Barcelona. At some point, I am going to start a list of all of the Caravaggio's that I have seen.

Walking back to the hotel along 5th Avenue, we looked for a rooftop bar, but ended up having a drink in the Parker. Changing for dinner, we walked to Polo Bar Restaurant. We started with OYSTERS [Kumamoto & Beau Soleil], PIGS IN A BLANKET [with Spicy Mustard] and a AVOCADO AND CRAB SALAD [Microgreens, Cherry Tomatoes, Cucumber & Lime Vinaigrette]. For entrees, Sharon had LOCH DUART SALMON [Romanesco, Sugar Snap Peas & Green Beans with Meyer Lemon Butter Sauce], I had HERB CRUSTED HALIBUT [Roasted Hen-of-the-Woods Mushrooms, Garlic Parsley Purée & Wilted Spinach] and Jack had a Santa Fe Burger. Sharon was underwhelmed by the food.

From there, we caught a cab to the Richard Rodgers Theatre to see Hamilton! I have been looking forward to this ever since Sharon pulled the trigger on the tickets. I was not disappointed. I enjoyed the show tremendously. I was disappointed in the casting of Jefferson.

The play is based on the biography that I read last year. I was surprised by the length of the show. It is two hours and 45 minutes with a 15 minute intermission... 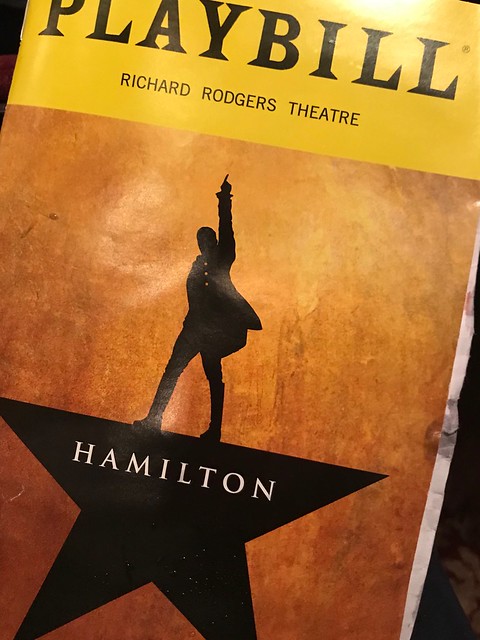 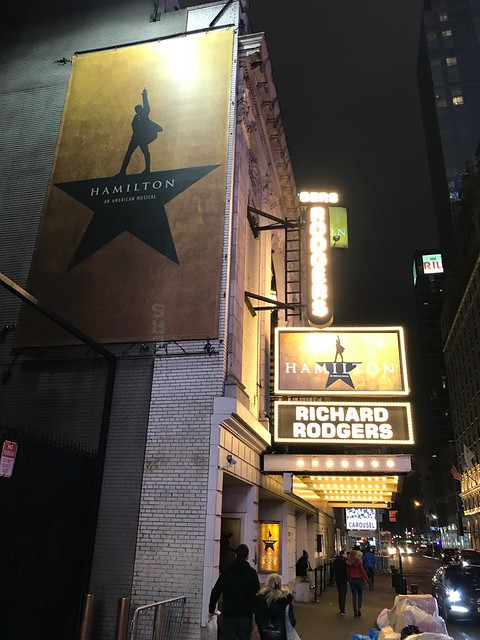 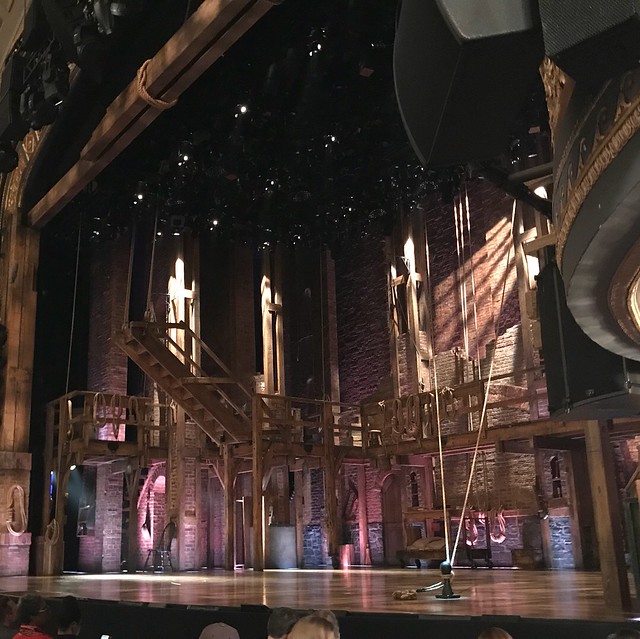