Although I didn't think that it was possible, we slept later on Saturday morning than we did on Friday morning. It was almost 8:30 am before we started to stir. Eventually, I ran across the street and got Starbucks for breakfast.

The plan for the day was seeing the Mets play the Cardinals at Citi Field. Jack has been a Cardinals fan for as long as I can remember. He actually texted me from train on Thursday suggesting that we see one of the games. Last year, we saw the Nationals play the Phillies on Easter.

We walked to the subway station at 57th and 7th. From there, we caught a train to Times Square and then a 7 train towards Queens. Packed with Mets fans, the train made more than a dozen stops before getting to Willets Point stop. 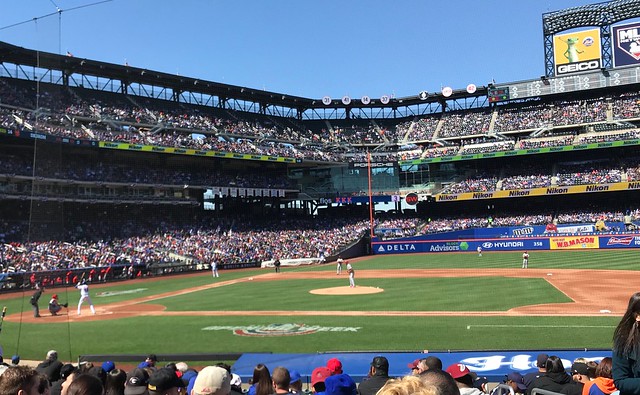 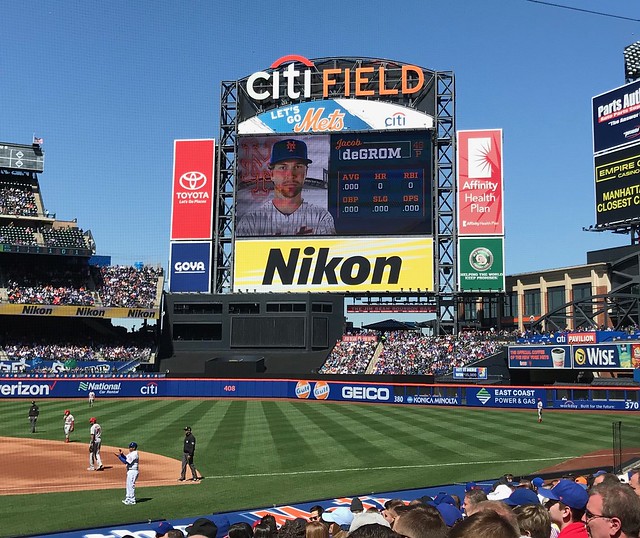 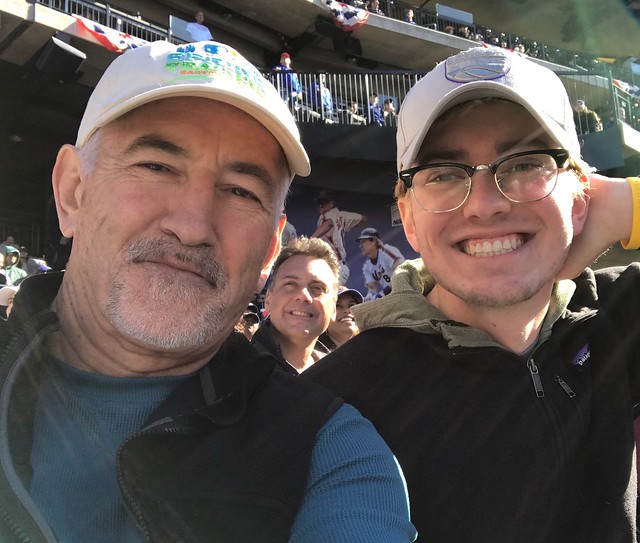 After the game, we caught an express train back to Manhattan. We got off at Grand Central station and walked back to the hotel.

We had Chinese food for dinner at Phillipe Chow. We finished the night watching Villanova bury Kansas in a barrage of three point shots.
By Heringer at 3/31/2018 11:59:00 PM