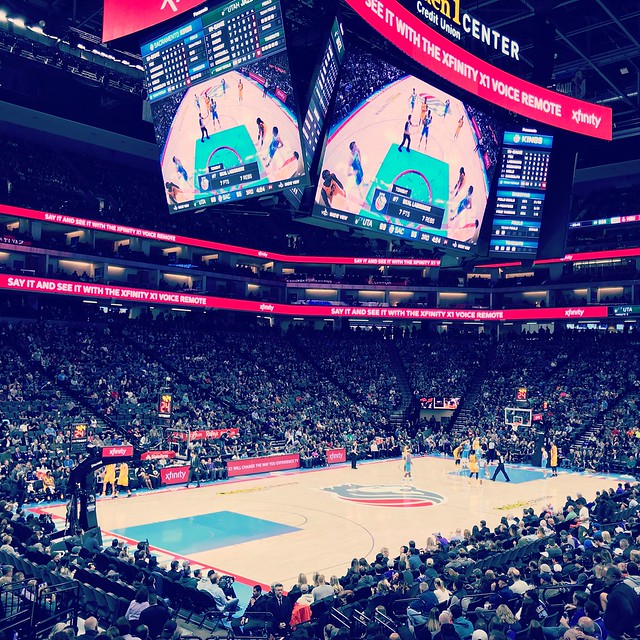 With Jack home for spring break, he and I went to the Sacramento Kings versus Utah Jazz NBA Basketball game. I bought two tickets in section 123, row J [seats 13 and 14]. Sacramento trailed by 18 in the third quarter but pulled to 95-89 following De'Aaron Fox's three-point play with 49.9 seconds left. The Kings lost the game by the score of 98 to 91.

Even though the game was close at the end, the Kings' offense didn't look good. Without Cauley-Stein, they seemed flat. I don't understand why they are not playing Fox and Bogdanovic more minutes.

The Jazz high scorer was rookie Donovan Mitchell. He had 27 points on 7 for 15 from the field, 3 for 8 from three and 10 for 10 from the free throw line. I saw the Kings play the Jazz in January. Mitchell had 35 points in that game. For the season, he is averaging 19.9 points a game. Mitchell seems like a strong candidate for rookie of the year.

I visited with Snipes at halftime. He and Joy didn't make it to Becky and Tal's wedding; they were missed.