Rolling out of bed fairly early, I ran for over an hour and 6.10 miles on the treadmill. Getting cleaned up, Drew and I picked up Tomasin and David at the Hampton and headed to Harlow's. Jenny found this restaurant in 2004. It has been a Spring Training tradition ever since. We got a nice table for eight after a very short wait! The Wallens, Kurt and Vic pulled up just as they called our name for the table.

The game for the day was the Cubs versus the Indians at Sloan Field. This is a brand new ballpark in only its second year. The Indians beat the Cubs by the score of 5 to 1. I have to admit that I didn't watch much of the baseball on Friday and Saturday. We spent a lot of time wandering around and visiting. Jill did a great job on Saturday of getting three rows of five on the aisle. This was a great configuration for visiting with the group.

Back at the Hampton after the game, we watched a little of the NCAA basketball tournament in Tomasin's room. Eventually, the group headed to downtown Tempe for dinner. We had dinner at Macayo's Depot Cantina [a combination with a chicken enchilada and chicken burrito].

For the second straight day, we finished the night at Philly's playing pool. Drew and I were back to our a hotel a little before 11 pm. 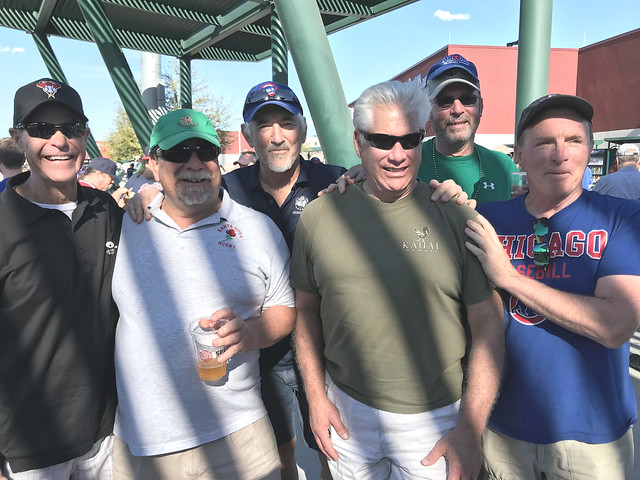