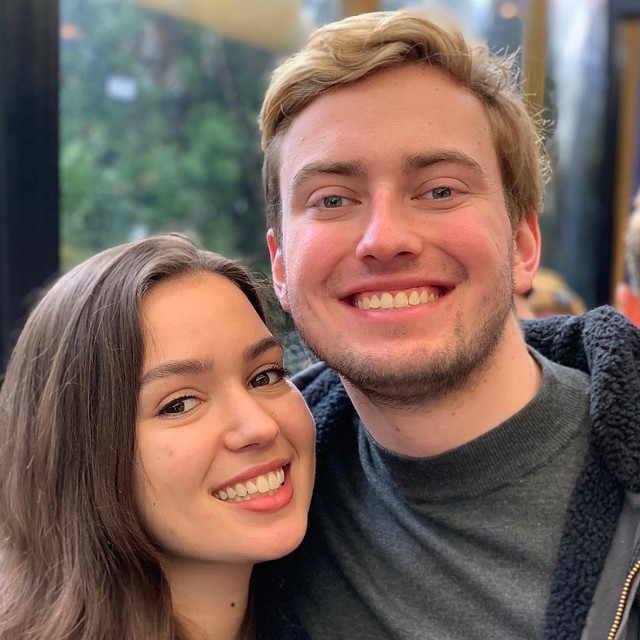 After a pretty late night, I set an alarm for the second day in a row. I ran for 50 minutes and four miles on the treadmill at the hotel.

Getting cleaned up, Sharon and I caught an Uber to Farmers Fishers Bakers at the Georgetown waterfront. We met Jack for brunch at 9:45 am.

The three of us walked towards campus afterwards and connected with Jack's girlfriend Sophia. We met her when we are in Georgetown in early November last year. The four of us took an Uber to Capitol One Arena.

I have talked about seeing a Hoyas basketball game since Jack started at Georgetown. I have been particularly interested since Patrick Ewing took over as the head coach in April of 2017. Ewing played basketball for four years at Georgetown and was in the NCAA Championship game three times.

We watched the Georgetown Hoyas play the De Paul Blue Demons. With the Hoyas trailing by double digits, they rallied to win the game by the score of 76 to 74. Jahvon Blair was the high scorer for Georgetown. Blair had 30 points on 11 for 18 from the field, 4 for 10 from three and 4 for 5 from the free throw line.

Overall, it was an entertaining game. 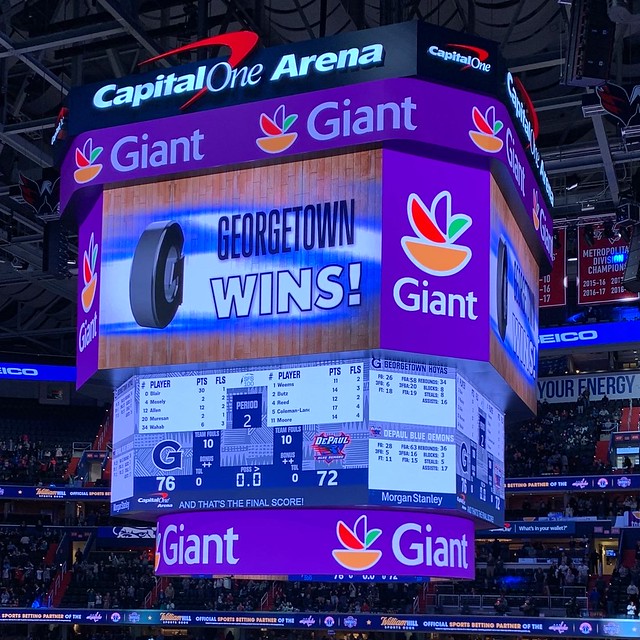 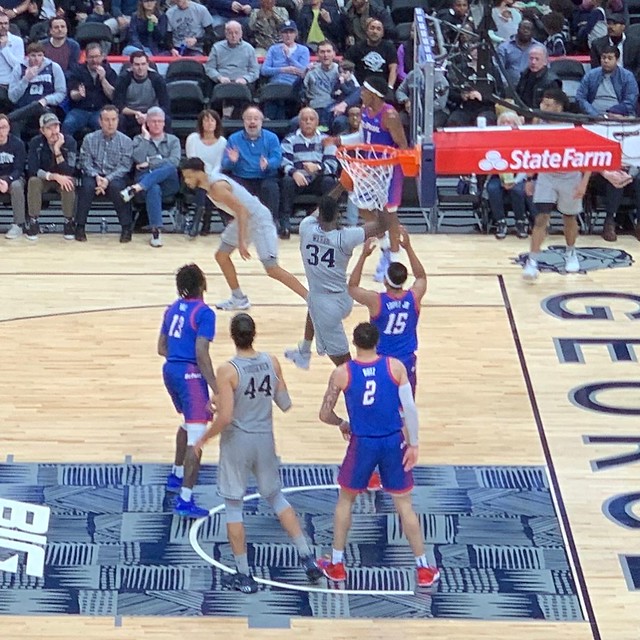 Sharon wanted to go to Crimson View. She claims she had the best hotdog ever there last summer, but it didn't open until later. We popped into an Irish Pub before deciding to head to Dacha. We went to Dacha in November with Jack and Sophia. From there, we headed back to L'Annexe for a drink and hors d'oeuvres.

We headed back to the hotel to get cleaned up and dressed. Meeting Jack at his apartment, the three walked to the Senior Parent Auction. They had silent and live auctions to raise money for the senior class. The event was held at the Georgetown Hotel and Event Center on campus. This was the first time I have been inside this building.

Somehow, I made a large tactical error. Although I was dressed business causal without a jacket, everyone, and I mean everyone else, had a coat on... Sharon bid on a couple of silent auction items, but we ended up heading out before they started the live auction. I was a little grumpy because I never really got any lunch or dinner.

Walking back to Jack's apartment, Sharon and I caught an Uber back to the hotel. We finished the night with a couple of snacks from the concierge lounge.
By Heringer at 2/08/2020 11:59:00 PM