Moving slowly, we eventually wound our way to Old Ebbitt Grill for brunch. We had dinner there when we were in Washington DC in 2011. 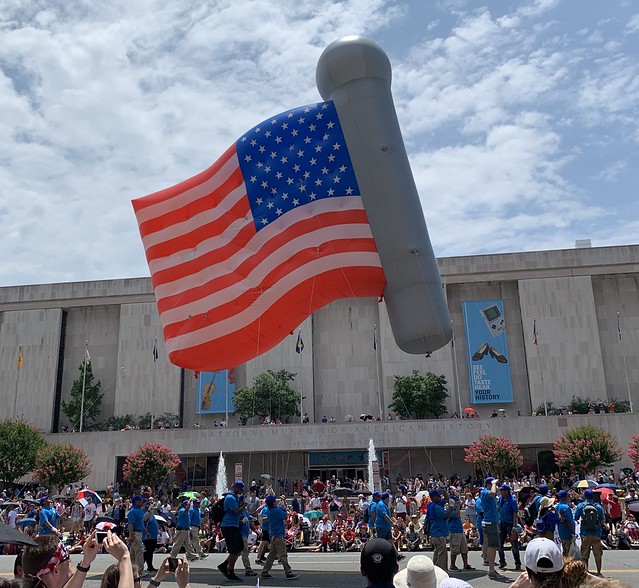 Sharon had been talking for weeks about seeing the 4th of July parade. After brunch, we found a shady spot near the corner of Constitution and 15th and waited for the parade to start. We were on a slight rise away from the street and actually had a nice view. We watched for over an hour and then started to work our way up the parade route towards 9th street. We actually ended up seeing the whole parade; the parade ended just as we reached 9th. I was frankly underwhelmed by the parade.

Looking for a rooftop bar to get a cold drink, we ended up at the Crimson View. We each had a reuben hotdog. Sharon said that it was the best hotdog that she ever had!?!

From there, we grabbed an Uber back to the hotel for a nap. Just as we got to the street, it started to pour. It rained off and on for the next couple of hours.

I suggested that we head to the Georgetown waterfront for dinner and to watch the fireworks. After a number of subpar meals, we had a very nice meal at Fiola Mare. We ate there when we were in DC for the college tours in 2015. We split HALF DOZEN ASSORTED OYSTERS [West & East Coast Oysters, Adriatic Escabeche, Beet & Oregano Mignonette], a stone fruit and pancetta appetizer, WILTED SPINACH [Garlic, Meyer Lemonade] and PIMENT D'ESPELETTE SCENTED STROZZAPRETTI [Alaskan King Crab, Saffron, Corn Leeks].

After the fireworks were over, we walked back to the hotel. 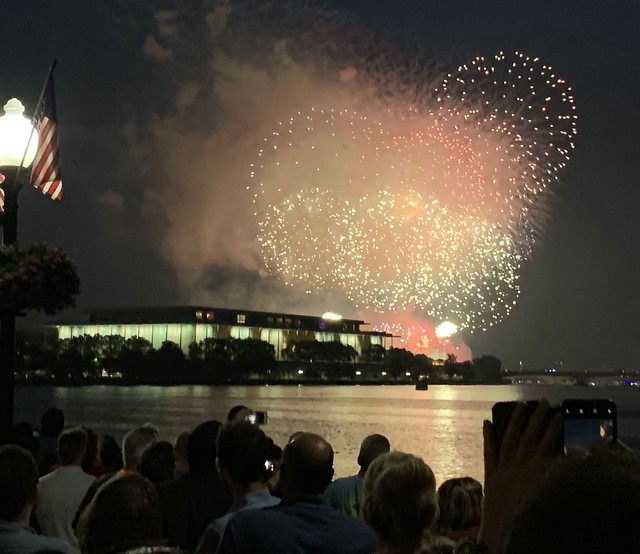