While a number of boys that Jack played baseball with and against went on to play in college [2019, 2018, 2017], Dylan Carlson was drafted by the Cardinals and went straight into the minor leagues. Carlson was the Sacramento Bee's All-Metro player of the year in 2016. Jack played with Dylan on the Elk Grove Gunners team that went to Cooperstown in 2009.

Carlson is currently the #88 ranked MLB prospect and the Cardinals #2 prospect!?! 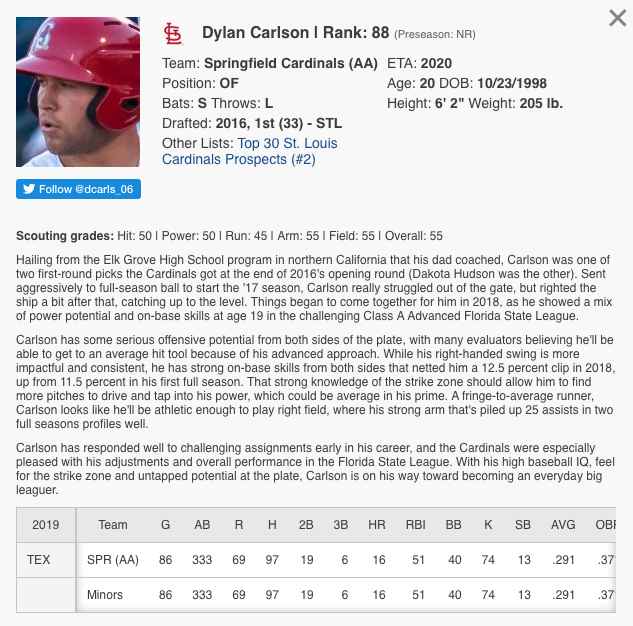