Sharon and I stopped at this church when we were wandering the Shenand0ah Valley. 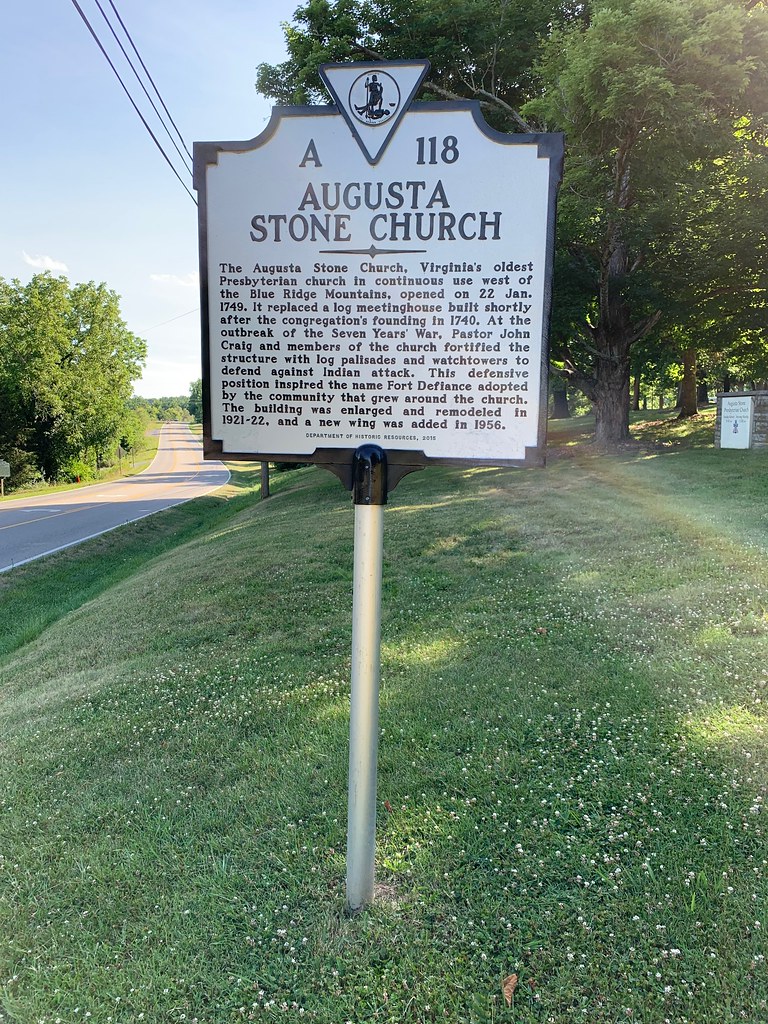 The Augusta Stone Church, Virginia's oldest Presbyterian church in continuous use west of the Blue Ridge Mountains, opened on 22 January 1749. It replaced a log meetinghouse build shortly after the congregation's founding in 1740. At the outbreak of the Seve Years' War, Pastor John Craig and members of the church fortified the structure with log palisades and watchtowers to defend against Indian attack. This defensive position inspired the name Fort Defiance adopted by the community that grew around the church. The building was enlarged and remodeled in 1921-22, and a new wing was added in 1956. 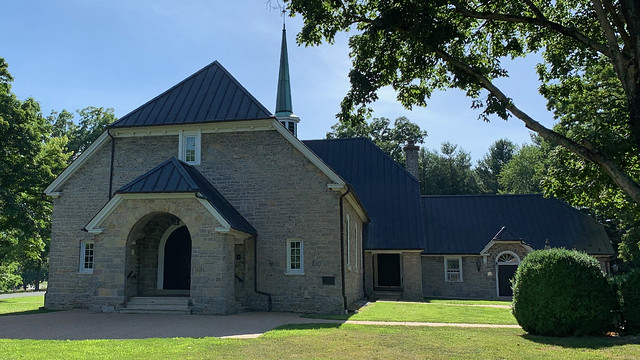 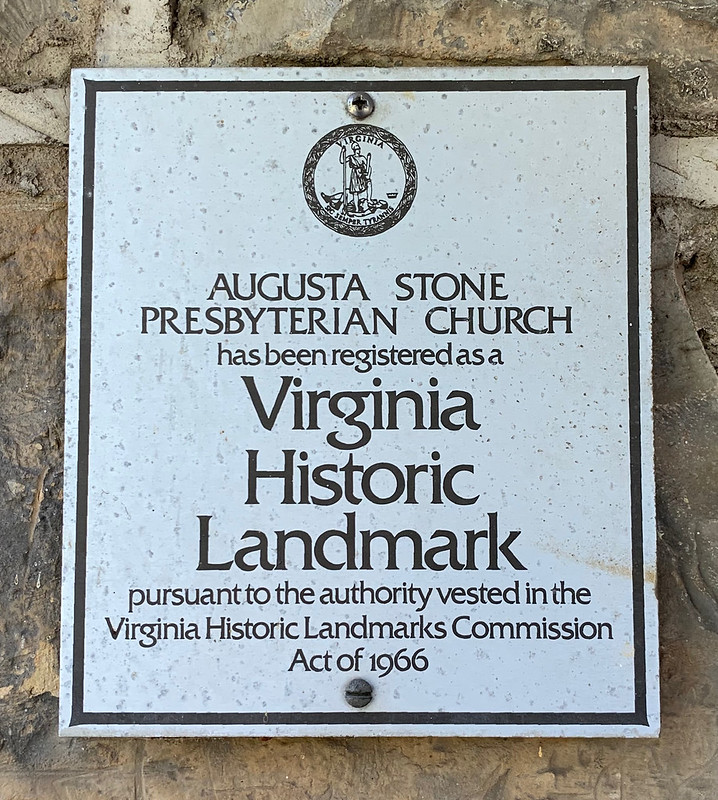 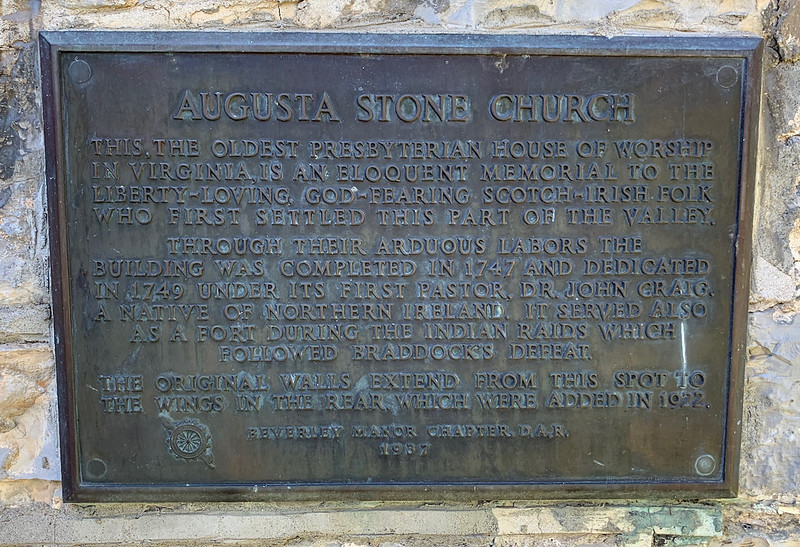 This, the oldest Presbyterian house of worship in Virginia is an eloquent memorial to the liberty-loving, god-fearing Scotch-Irish folk who first settled this part of the Valley.

Through their arduous labors the building was completed in 1747 and dedicated in 1749. Under its first pastor, Dr. John Craig, a native of Northern Ireland. It served also as a fort during the indian raids which followed Braddocks defeat.