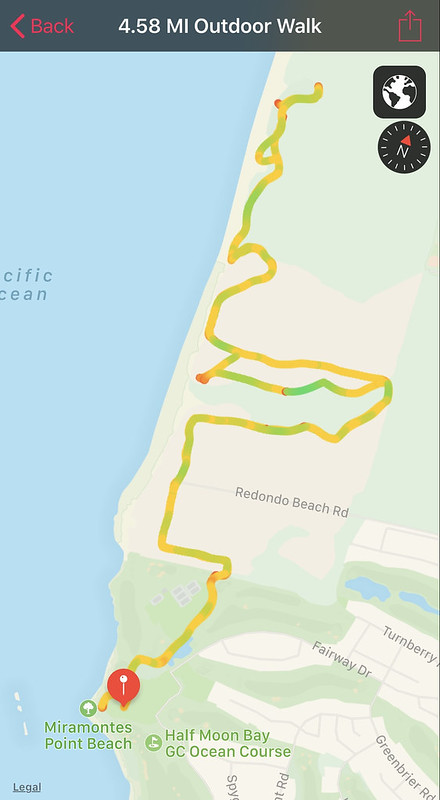 Up fairly early, Sharon and I did something that we rarely do. We had room service.

After breakfast, we did a walk/run north from the Ritz Carlton. We covered 4.6 miles in about an hour and 23 minutes. One of the signs along the trail described the area as a coastal prairie.

When we got back to the run, Sharon worked on getting cleaned up and dressed for the day. She was going to Shannon's bridal shower.

I dropped Sharon before noon at the Vinoteca Wine Tasting and Shop for the bridal shower. She had some apprehension about going to the event which turned out to be unnecessary; someone cancelled at the last minute with an animal emergency...

I spent the afternoon at Shannon's parent house. I hung out with Drew, Shannon's dad and two of Drew's friends from college (Dan and Zep). The afternoon included beers, brats and music.

The girls showed up at Shannon's house about 3 pm. A larger group, including a couple neighbors, visited for a couple of hours before Sharon and I headed back to the hotel.

Sharon and I finished the day with a leisurely dinner at the Navio restaurant in the Ritz Carlton Hotel. Sharon and I ate in the restaurant when we stayed at the hotel in 2005. We had the tasting menu with the wine pairing. 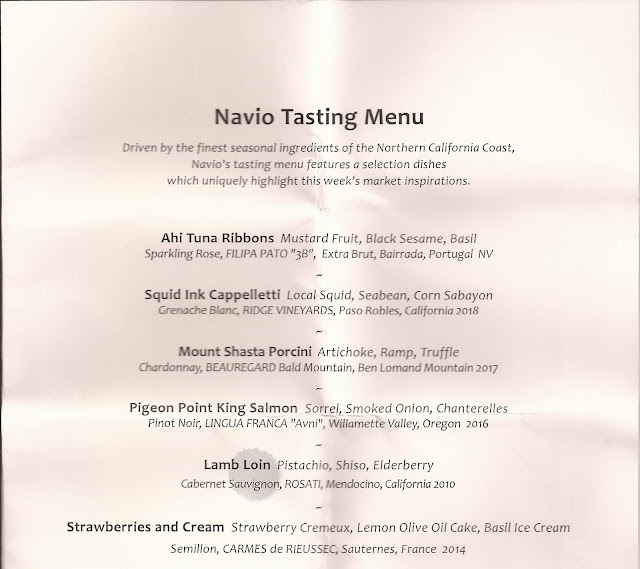