I didn't know Dan Young very well. Tomasin and Wallen played rugby with him at UC Davis. I propped against him on a couple of occasions and had a number of opportunities to socialize with him through our mutual friends. He was definitely a member of the Davis Mafia. 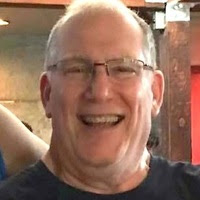 Daniel Michael Young passed away peacefully surrounded by his family on July 9, 2020 in Georgetown, TX.. A time of visitation will be held on Thursday, July 16, 2020 from 6-7 pm with a rosary beginning at 7:00 at Ramsey Funeral Home. A Mass of Christian Burial will be held on Friday, July 17, 2020 at 10:00 am at St. Helen Catholic Church in Georgetown.

He was born to Charlie and Ruth (Queenie) Young in San Rafael, California on February 27, 1954. He grew up in his family hometown of Larkspur, California and attended Redwood High School where he lettered in Wrestling, Track and Field, and Football. He went on to receive a Bachelor’s degree from UC Davis in 1976 and received an MBA in Finance from San Francisco State University in 1979.

Dan (Youngster) was always known for his athletic prowess. He played football as a defensive tackle for UC Davis and transitioned into playing rugby, which became his favorite sport. After college he played rugby as a tight-head prop for Hastings Football Rugby Club in San Francisco. He had fond memories of his overseas rugby tour in 1983 to England, Ireland, and Scotland. Dan was strong and fierce on the pitch, but always a gentleman. His athletic achievements were recognized with his induction into the Athletic Hall of Fame for Marin County High Schools in 2001, as well as, an induction into the Redwood High School Athletic Hall of Fame in 2016. He was admired and respected by his teammates and opponents alike.

Dan met Victoria, his beloved wife, while working at Unocal in San Francisco and the two were married in November of 1985. Throughout his marriage to Victoria, he became a beloved member of the Minero family. He went on to have a long career in collection management. The two settled in Georgetown, TX in 1998 with their three children where Dan, a man devoted to his faith, became an active parishioner of St. Helen Catholic Church. He was a loving and dedicated family man, and was the happiest when surrounded by his family.

He loved the Grateful Dead and Bay Area sports. He was a diehard 49er’s fan and was proud to have seen them play at Kezar Stadium and in Detroit at Super Bowl XVI with his father.

He is survived by his wife of 34 years, Victoria Minero Young; daughter, Elysia Vasquez and husband Jake; sons, Daniel and Dominic Young.

Dan was admired, loved, and respected by everyone. We are all so blessed to have had him in our lives and he is deeply missed. May he rest in peace in the arms of Our Lord.

Memorial contributions may be made in Dan's name to St Helen Catholic Church at 2700 E University Ave, Georgetown, Texas 78626