While we were at Sea Ranch in August, Drew, Jack, Sharon and I hiked from the rental over the ridge to the Gualala River. A map of the hike is here.  This is one of two historical markers that we came upon. 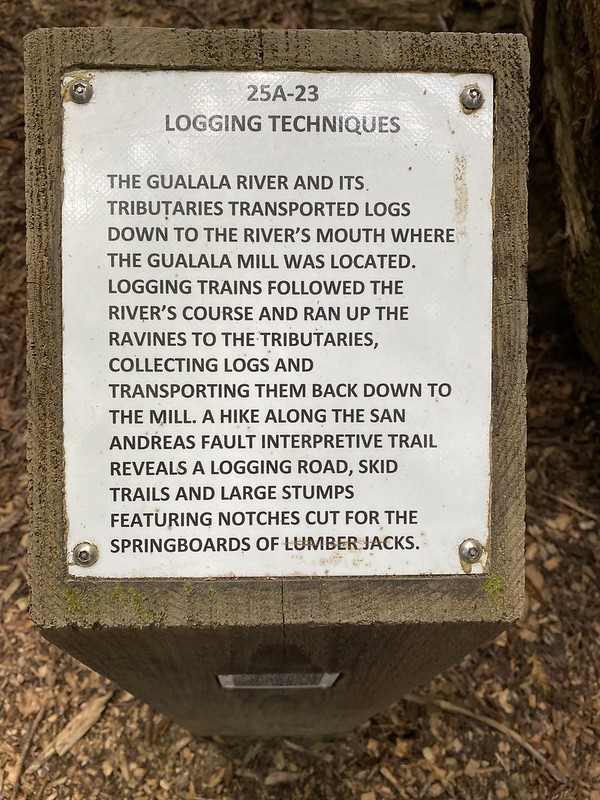 The Gualala River and its tributaries transported logs down to the river's mouth where the Gualala Mill was located. Logging trains followed the river's course and ran up the ravines to the tributaries, collecting logs and transporting them back down to the mill. A hike along the San Andreas Fault Interpretive Trail reveals a logging road, skid trails and large stumps featuring notches cut for the springboards of lumber jacks. 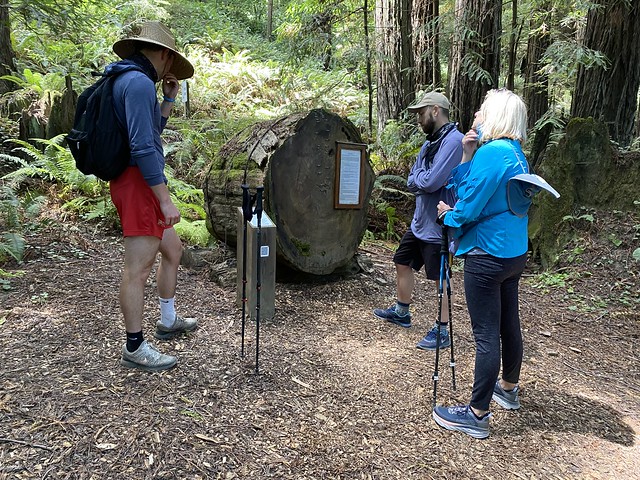