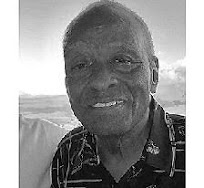 Richard W. "Dick" Tillson Sr. MSW passed away on August 26th, 2020 due to Covid-19. He was 85. His wife and partner of 56 years, Susan Meier Tillson, was by his side at the hospital. He is also survived by his sister Myra Phillips, and his children Karen Tillson, Keith (Valerie) Gmeinder, and Donna (Kevin) Gainsley, along with 3 grandchildren Allison, Amanda, and Eric, and 1 great-grandchild Lucy, as well as numerous nieces and nephews. He was preceded in death by his mother, father, and brother Eva, Leonard, and Lenny Hahn, and his son Richard Tillson Jr. Richard was born in Chicago, IL and attended school in Dayton and Wilberforce, Ohio earning a BA at Central State University, and an MA at Indiana University. He was also a Harvard Law Fellow in 1969-1970. He was a life-long advocate for at-risk youth and had a long and distinguished career with the California Youth Authority (CYA). After his retirement from the CYA as the Deputy Director for Institutions and Camps in 1997, he continued to consult with the National Council on Crime and Delinquency bringing his considerable experience and expertise to that organization. Richard was a great orator. In both his professional and personal life, he was the master of ceremonies for numerous events and he served on many community boards and committees. He loved to socialize with family and friends, and enjoyed traveling to many places worldwide. The family will hold a private service, with a celebration of life planned for the future. Remembrances can be made to the charity of your choice in Richard's name.
By Heringer at 9/18/2020 11:59:00 PM