Sharon and I came across this spot when we hiked the Monarch Glen Interpretive Trail at Sea Ranch.


Sheep Pens
See this location on Yahoo Maps in Flickr
See this location on Google Maps
This marker is located on the Monarch Glen Interpretive Trail, Sea Ranch, California. The Sea Ranch Archives Committee has identified twenty-six historic sites scattered about The Sea Ranch. They have constructed trail markers with information explaining the significance of each place. They were placed as part of The Sea Ranch 50th anniversary being celebrated from Memorial Day 2014 to Memorial Day 2015. The GPS coordinates for this location are 38° 44' 01.7" N 123° 28' 51.3" W. 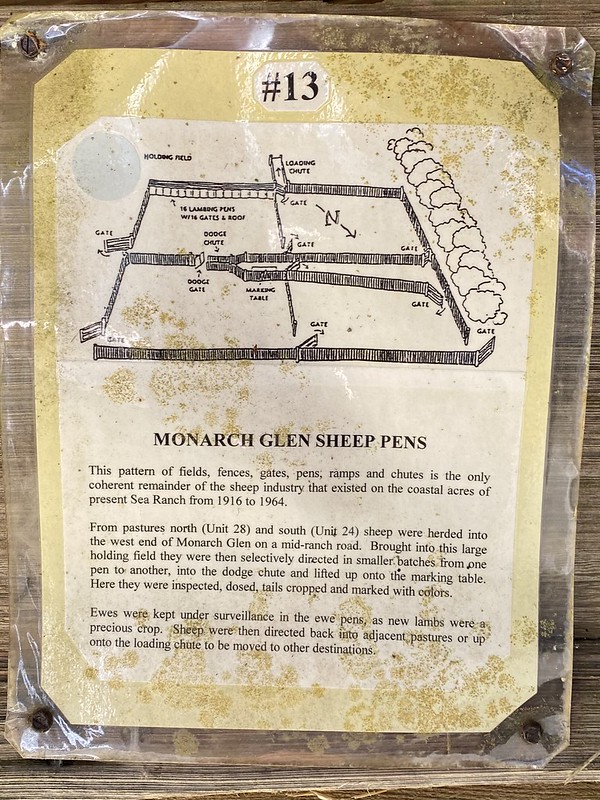 This pattern of fields, fences, gates, pens, ramps and chutes is the only coherent remainder of the sheep industry that existed on the coastal acres of present Sea Ranch from 1916 to 1964

From pastures north (Unit 28) and south (Unit 24) sheep were herded into the west end of Monarch Glen on a mid-ranch road. Brought into this large holding field they were then selectively directed in smaller batches from one pen to another, into the dodge chute and lifted up onto the marking table. Here they were inspected, dosed, tails cropped and marked with colors.

Ewes were kept under surveillance in the ewe pens, as new lambs were a precious crop. Sheep were then directed back into adjacent pastures or up onto the loading chute to be moved to other destinations. 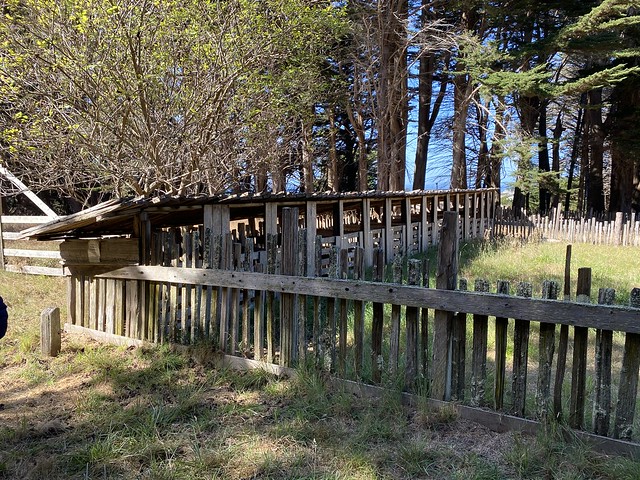