In their annual NBA Over/Under podcast in December, Bill Simmons, Ryen Russillo and Joe House were spilt on the Kings. Simmons and House liked the under, while Russillo was on the over.

There were two other interesting points. First, Simmons talked about wanting to see Bagley, Barnes, Hield, Haliburton and Fox on the floor together. At this point, the results haven't been good. This combination has a +/- of -6.0. This grouping ranks 132 out of the 134 combinations that the Kings have put on the floor in this early season. 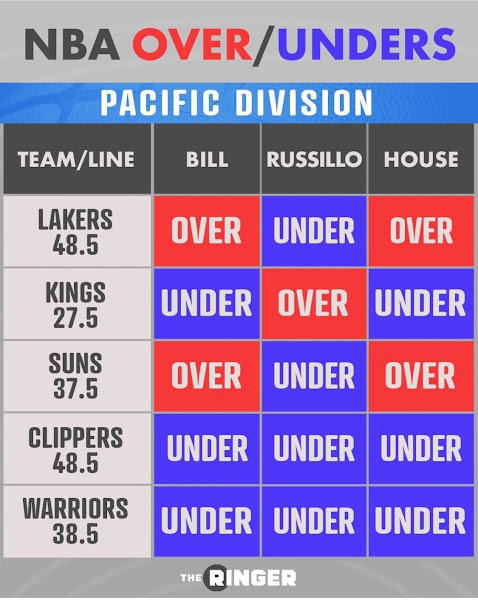