Jack and Drew took off in the morning to head up to the house that Drew and Shannon are renting. They stopped to see Morgan and Lee on their way.

Sharon and I headed up to Placerville in the early afternoon. We caught up with Jack, Drew and Shannon at the VRBO. Shannon and Drew are renting a VRBO off of Green Valley Road with a Placerville address for the month of January.

After a walk in the neighborhood, we settled in for a game of Unstable Unicorns. Morgan had gotten everyone Unstable Uniforms games or expansion packs for Christmas. We played the Unicorns of Legend Expansion Pack that Morgan gave Drew. Jack won.

Using the prime rib from New Year's Eve, we had french dip sanwiches and a salad for dinner. It was a great use of the leftover prime rib.

After dinner, we played two long games with Not Safe for Work Unstable Unicorns deck that Morgan gave Sharon for Christmas. It was interesting!?! Jack won the first game, while Drew won the second game.

It was a very nice evening. We love Drew and Shannon. 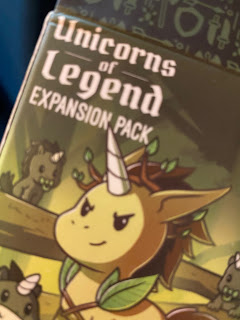 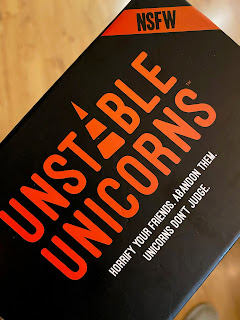