On our recent trip to Sea Ranch, I got an updated trail map. It shows a number of markers that weren't shown on my 2014 50th Anniversary map. This marker was literally across the street from the house that we rented.

This marker is across the street from 55 Galleons Reach, Sea Ranch, California. The Sea Ranch Archives Committee has identified twenty-six historic sites scattered about The Sea Ranch. They have constructed trail markers with information explaining the significance of each place. They were placed as part of The Sea Ranch 50th anniversary being celebrated from Memorial Day 2014 to Memorial Day 2015. Since then, a number of architecture and landscape markers have been added. The GPS coordinates for this location are 38° 41' 28.9" N 123° 26' 07.5" W. 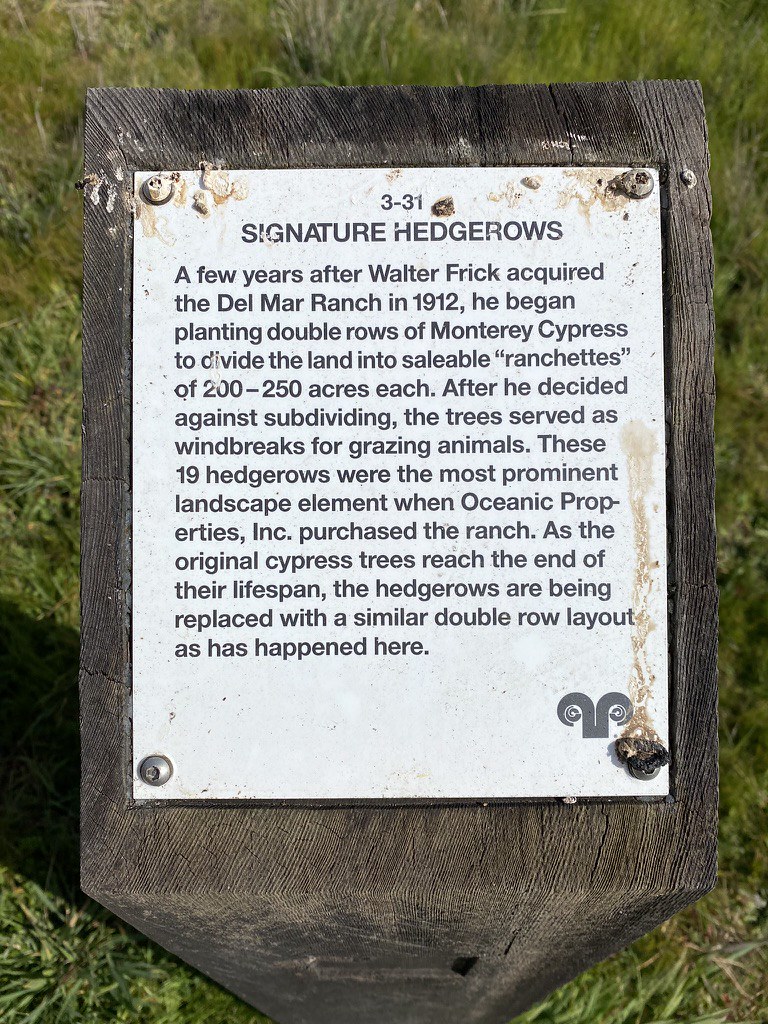 A few years after Walter Frick acquired the Del Mar Ranch in 1912, he began planting double rows of Monterey Cypress to divide the land into saleable "ranchettes" of 200-250 acres each. After he decided against subdividing, the trees served as wndbreaks for grazing animals. These 19 hedgerows were the most prominent landscape element when Oceanic Properties, Inc. purchased the ranch. As the original cypress trees reach the end of their lifespan, the hedgerows are being replaced with a similar double row layout as has happened here. 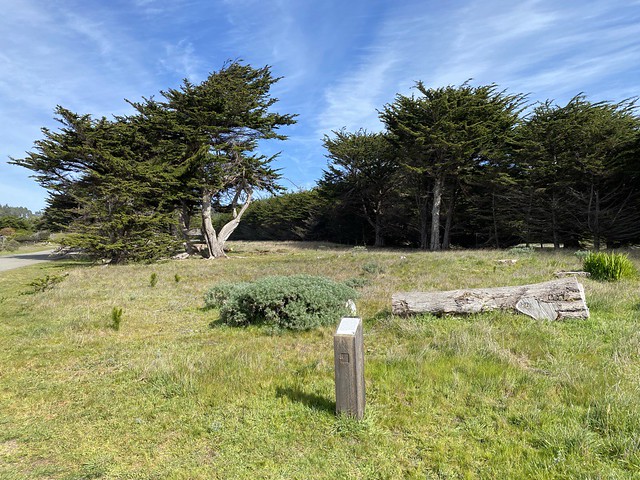