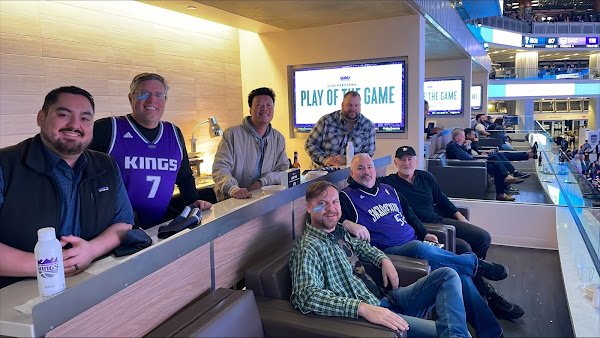 Tuesday night, I went to the Sacramento Kings versus Brooklyn Nets NBA baskertball game with a group from work [Sean, Patrick, Bill, David, Matthew, Nhon and Mario]. The company that I work for apparently now has a loft. I got to use the corporate tickets three times before [February 2018 Kings versus Bulls, January 2019 Kings versus Trailblazers and March 2019 Kings versus Suns].

The high scorer for the Kings was Terence Davis. Coming off the bench, Davis scored 31 points on 12 for 16 from the field and 7 for 10 from three. He had no free throws.

As you would expect, Kevin Durant was the high scorer for the Nets. Durant had 27 points on 8 for 15 from the field, 0 for 1 from three and 11 for 11 from the free throw line.

This is the first game that I have seen this season. I missed the home opener with Larkin when I was sick. The Kings have 1 win and 0 losses in games that I have seen in person during the 2022-2023 season.

The loft was very comfortable. I need to figure out a way to organize a Davis Mafia et al outing with a loft.

I haven't seen the Kings play the Nets in the last twenty years... 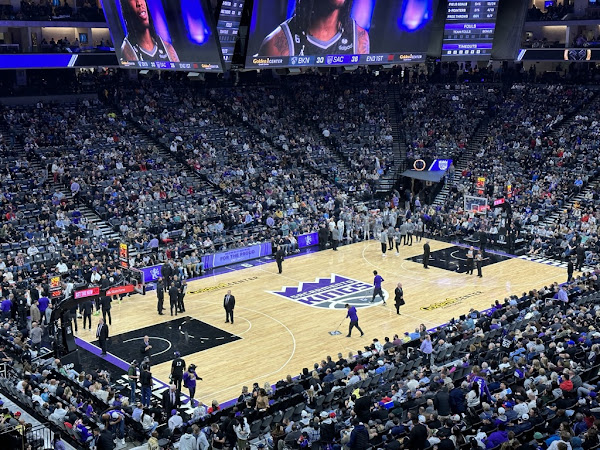