While we were in San Francisco in October for Brian and Sam's wedding, I did a walkabout and found three different California Historical Markers, including: #328 Long Wharf; #1010 Original Site of the Third Baptist Church, and; #1024 Juana Briones, Pioneer Settler of Yerba Buena 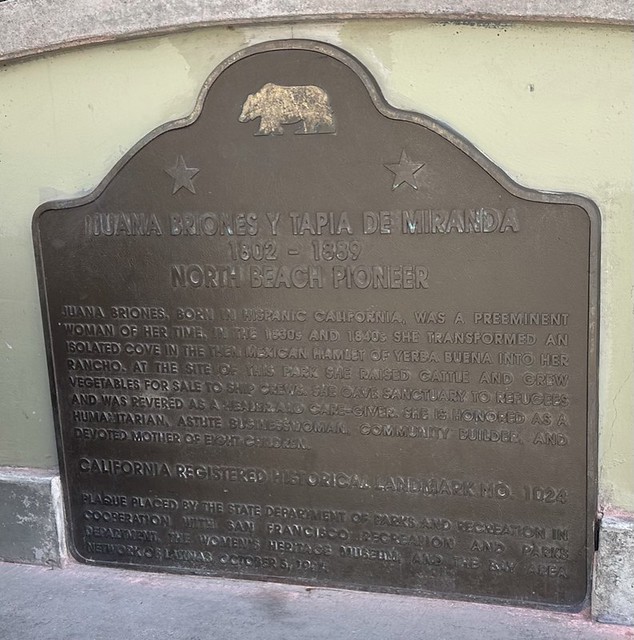 Juana Briones, born in Hispanic California, was a prominent woman of her time. In the 1830’s and 1840’s she transformed an isolated cove in the then Mexican hamlet of Yerba Buena into her rancho. At the site of this park she raised cattle and grew vegetables for sale to ship crews. She gave sanctuary to refugees and was revered as a healer and caregiver. She is honored as a humanitarian, astute businesswoman, community builder, and devoted mother of eight children. 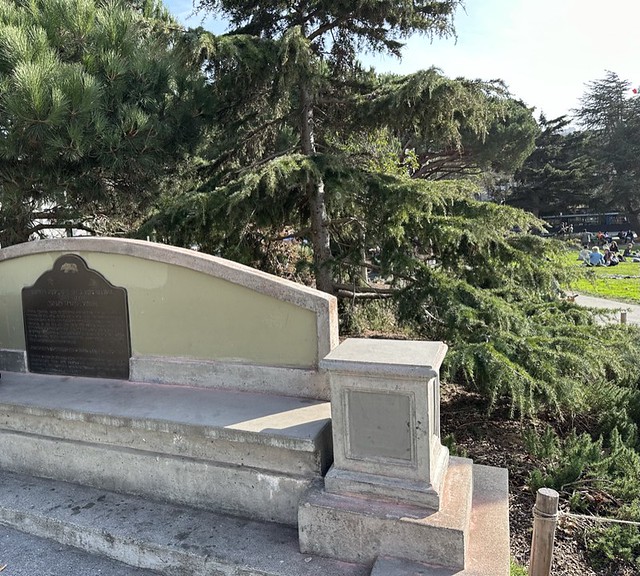