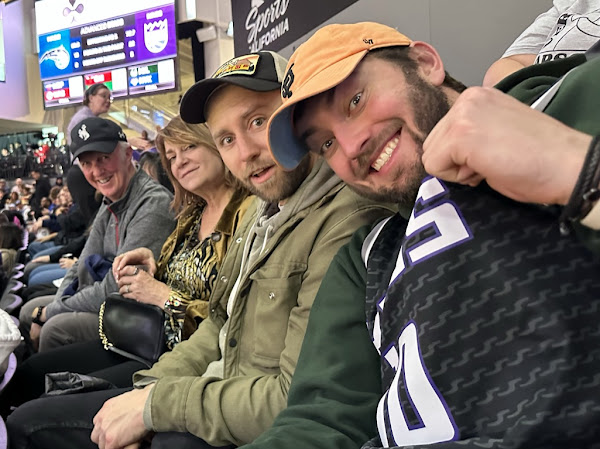 Drew and Jack drove over to Sacramento from the Bay Area. Sharon and I met them at il Fornaio for dinner. I split a Caesar Salad with Sharon and had RAVIOLI LUCANA [spinach ravioli filled with italian sausage, ricotta, grana padano & fennel; topped with fresh tomatoes, spicy tomato sauce, imported peperoncino & stracciatella cheese] for an entree. Larkin wandered up during dinner and joined us at the table.

The five of us to the Sacramento Kings versus Orland Magic NBA game. It turned out that the three seats next to Larkin's season ticket are available on the secondary market [Section 126, seats 7, 8 and 9].

The Kings opened up a 20 point lead several times only to have the Magic crawl back within 10. Finally, at the end of the third quarter, the Kings ran away with the game. The Kings beat the Magic by the score of 136 to 111.

Paolo Banchero, the first overall pick in last year's draft, was the high scorer for the Magic. He had 17 points on 5 for 11 from the field, 2 for 7 from three and 5 for 8 from the free throw line.

The Kings have two wins and no losses in games that I have seen in person during the 2022-2023 NBA season.