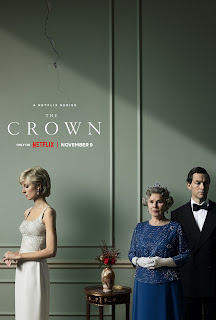 The fifth season spans the period from 1991 to 1997. The season focuses on the failing relationship between Charles and Diana with detours to explore the origin story of Mohamed Al-Fayed, the execution of the Romanovs and Margaret's past relationship with Townsend.

Season five marks The Crown's final wholesale recasting. It follows the ensembles led by Claire Foy (seasons one and two) and Olivia Colman (seasons three and four). The new cast includes: While I enjoyed the season, it falls very short of season four; I think that season four was the best season so far. Season five is A LOT of Charles and Diana. With Elizabeth and Philip's deathes and Harry and Megan's subplot in the past couple of years, it will be interesting to see how they wrap up the last season.
By Heringer at 1/19/2023 11:59:00 PM