Drew, Jack, Larkin and I went to the San Francisco Giants versus Colorado Rockies baseball game at SBC Park. Jack had a great time in the area above the outfield bleachers. There is a little replica of PacBell Park that the kids line up to hit in, a couple of slides and a pitching booth with a radar gun. We got to the game early and spent a bunch of time in this area and wandering around the park. Jack and I went back to the area between the bleachers for a couple of innings in the middle of the game.

This is the first chance that I have had to go to the new PacBell Park and I was very impressed. I would like to go back for a Saturday afternoon game with a designated driver other than me... The area around the baseball has a number of new bars and restaurants and would also be interesting to explore. 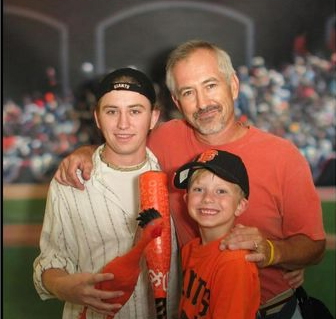 The Giants lost the game to the Rockies by a score of 4 to 1. Bonds was walked the first three times that he came to bat; the Colorado Rockies have intentionally walked Barry Bonds 19 times this season.