Jack played in his first soccer game ever; he missed the first game of the season last week due to his birthday party. He scored three goals! He had a couple more shots that either went wide or were stopped by the goalie. Unfortunately, his team was a little overmatched. They were behind 3-0 at the end of the first quarter and eventually lost 8-3. 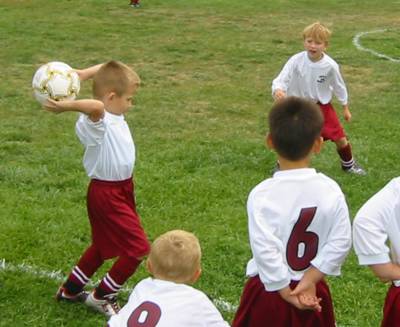 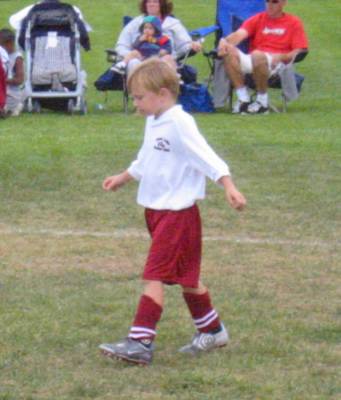