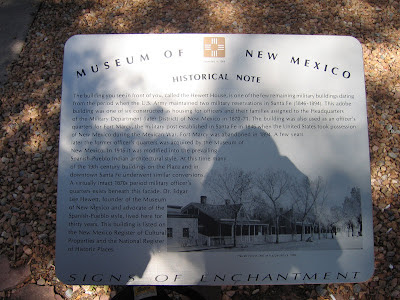 This building is one of the few remaining military buildings dating from the period when the U.S. Army maintained two military reservations in Santa Fe (1846-1894). This adobe building was one of six constructed as housing for the officers and their families assigned to the Headquarters of the Military Department (later District) of New Mexico in 1870-1871. The building was also used as an officer's quarters for Fort Marcy, the military post established in Santa Fe in 1846 when the United States took possession of New Mexico during the Mexican War. Fort Marcy was abandoned in 1894. A few years later the former officer's quarters was acquired by the Museum of New Mexico. In 1916 it was modified into the prevailing Spanish-Pueblo Indian architectural style. At this time many of the 19th century buildings on the Plaza in downtown Santa Fe underwent similar conversions. A virtually intact 1870's period military officer's quarters exists beneath this facade. Dr. Edgar Lee Hewett, founder of the Museum of New Mexico and adovate of the Spanish-Pueblo style, lived here for thirty years. This building is listed on the New Mexico Register of Cultural Properties and the National Register of Historic Places. 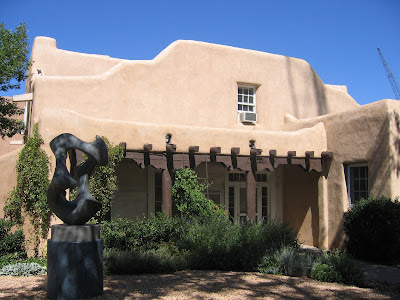 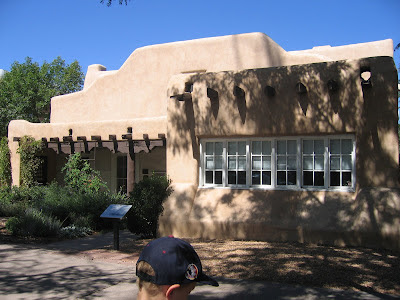 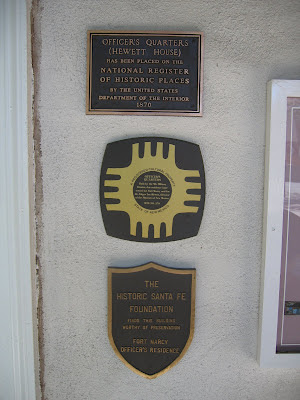