Fort Marcy figures prominently in Blood and Thunder, the Kit Carson biography that I read before the trip to New Mexico. 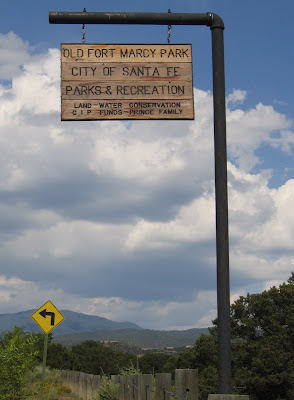 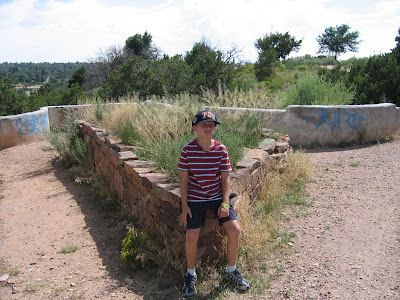 The remains of Fort Marcy on the hill above Santa Fe consist of mounds of earth several feet high tracing the outline of the adobe fortification. There is now an apartment complex northwest of the remaining mounds.

This Certified Site of the Santa Fe National Historic Trail is located in the Santa Fe Historic District. The earthen fort was large enough to accommodate 1,000 soldiers. It was never completed and was abandoned in 1868. Fort Marcy symbolizes the American conquest. Situated on a hill above town, it was built by the US Army under General Stephen W. Kearney in 1846 to protect the American presence in Santa Fe. It was the first military post in what later became the Mexican cession.