I went to the Sacramento Kings versus Orlando Magic basketball game. When the Magic got off to their hot start, I bought a single ticket (section 115, row AA, seat 12) down low. After leading 88 to 69 with 7:01 to go in the fourth quarter, the Kings held on to win by a score of 104 to 100.

In his forecast for the season, John Hollinger was particularly critical of the King's front court. I think that the bigs have actually turned out to be the only bright spot for the season to-date. Miller, Moore, Hawes and more recently Justin Williams have played well. With both Miller and Moore on the floor, it creates some problems for other teams. Against the Magic, Rashard Lewis was guarding Miller most of the night. Miller and Moore's effectiveness against the Magic were one part of the keys to the King's victory.

It was interesting to sit down behind the Kings bench and close enough to hear Theus and watch his interaction with the players. Theus is clearly in charge. He is animated and involved in the games. More importantly, Theus is engaged with the players and the players appear to be listening to him. I got a kick of listening to Theus scream at Garcia through most of the second and third quarters to shoot the ball when Garcia was passing up open shots. 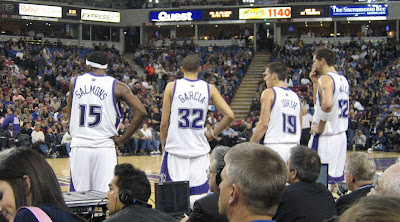 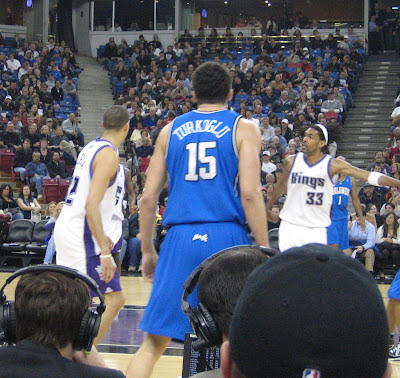 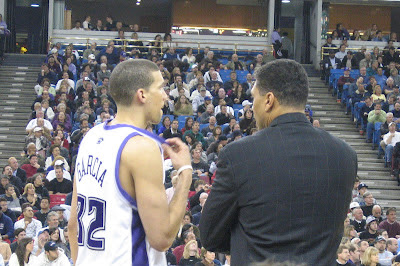 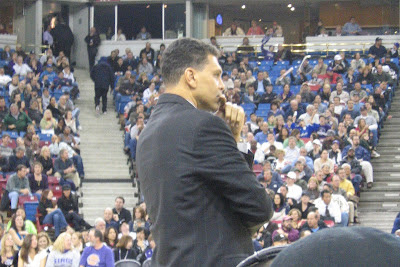