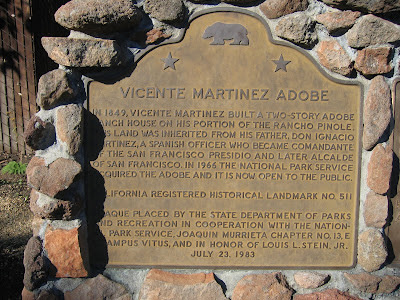 In 1849, Vicente Martinez built a two-story adobe ranch house on his portion of the Rancho Pinole. This land was inherited from his father, Don Ignacio Martinez, a Spanish Office who became comandante of the San Francisco Presidio and later Alcalde of San Francisco. In 1966, the National Park Service acquired the adobe and it now open to the public. 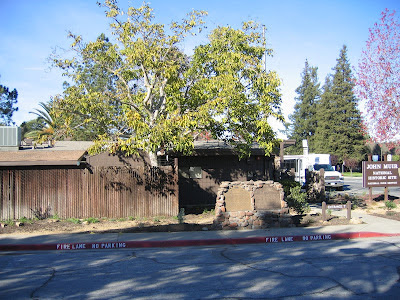 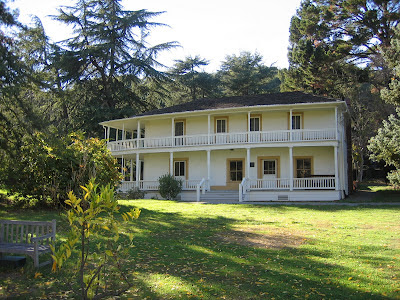 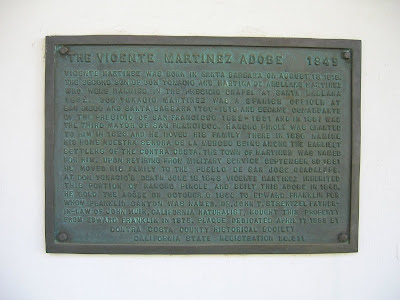 Vicente Martinez was born in Santa Barbara on August 18, 1818. The second son of Don Ygnagio and Martina de Arellano Martinez who were married in the Presidio Chapel at Santa Barbara in 1802. Don Ygangio Martinez was a Spanish Officer at San Diego and Santa Barbara from 1768 to 1818 and became comandante of the Presidio of San Francisco from 1822 to 1831 and in 1837 was the third mayor of San Francisco. Rancho Pinole was granted to him in 1828 and he moved his family there in 1836. Naming his home Nuestra Senora de la Merced being among the earliest settlers of the Contra Costa. The town of Martinez was named for him. Upon retiring from military service on September 30, 1831, he moved his family to the Pueblo de San de San Jose Guadalupe. At Don Ygnacio's death on June 18, 1848, Vicente Martinez inherited this portion of Rancho Pinole and built this adobe in 1848. He sold the adobe on October 8, 1858 to Edward Franklin for whom Franklin Canyon was named. Dr. John T. Strentzel father-in-law of John Muir, California Naturalist, bought this property from Edward Franklin in 1875. Plaque dedicated April 17, 1956. Contra Costa County Historical Society. California State Registration No. 511.
Posted by Heringer at 1/24/2008 11:59:00 PM