Jack and I went to the Sacramento Kings versus Toronto Raptors NBA Basketball game. The Raptors won by a score of 107 to 101. Toronto won for just the second time in 13 trips to Arco Arena and the first since March 13, 1997.

With the Kings playing so poorly [they have lost 10 of the last 12 at home], I took a different approach to watching the game. Rather than watching the ball, I focused on watching Chris Bosh during the first half. Scoring 23.2 points a game, Bosh is eighth in the league in scoring. He missed the game that Jack and I saw last season with a knee injury. Bosh looks like his knees are stilling bothering him as he runs up and down the court.

Talking to Laskin at halftime, he was raving about how Jermaine O'Neal was playing. O'Neal had 16 points in the first half. I switched to focusing on watching Jermaine O'Neal and Andrea Bargnani in the second half. O'Neal had this way with the Kings. He ended up with 36 points on 15 for 19 from the field. Bargnani had 14 points on 4 for 5 from the field and 2 for 2 from three point range.

O'Neal looked much healthier than Bosh. It is amazing to think that O'Neal is 30 years old and has already been in the league 12 years. 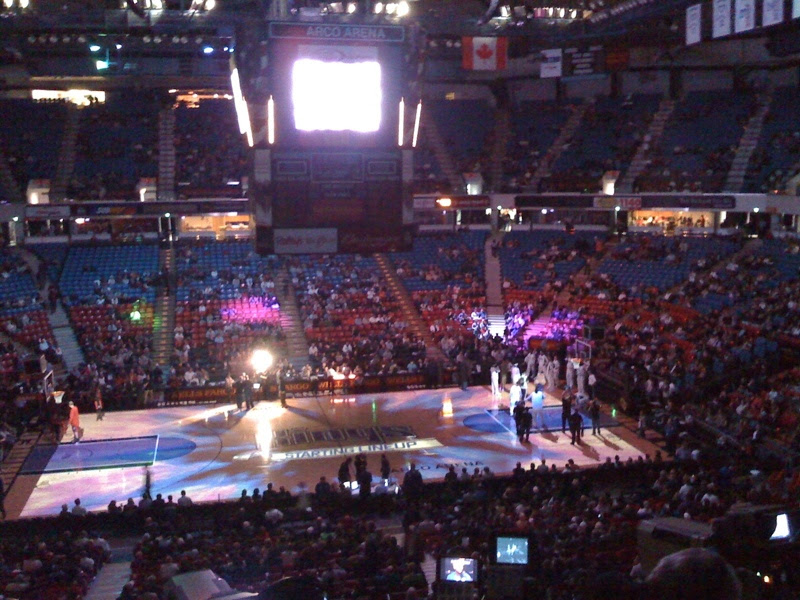