Jack and I spent the Wednesday before Thanksgiving waymarking historical sites in Western Amador County in the rain. This was the ninteenth of twenty-one places that we stopped.


Astronomical Observatory
California State Historical Landmark #715
See this location on Yahoo Maps in Flickr
See this location on Google Maps
This landmark is located on Consolation Street, Volcano, California in Amador County. There are 24 other California State Historical Landmarks in Amador County. The GPS coordinates for the plaque are N 38° 26.568 W 120° 37.878. 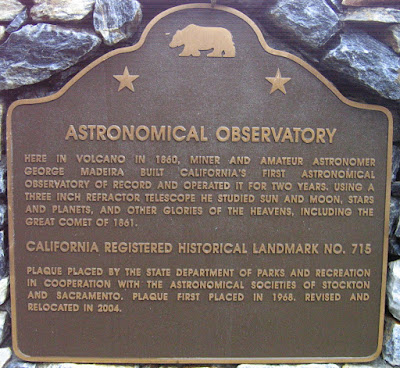 Here in Volcano in 1860, miner and amateur astronomer George Madeira built California's first astronomical observatory of record and operated it for two years. Using a three inch refractor telescope he studied the sun and moon, stars and planets, and other glories of the heavens, including the great comet of 1861. 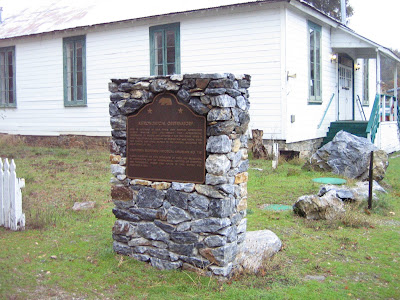 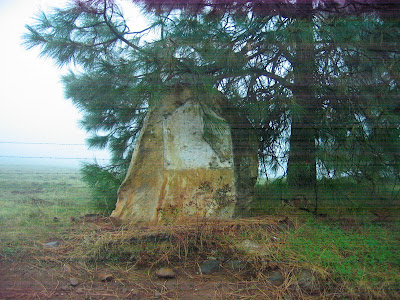 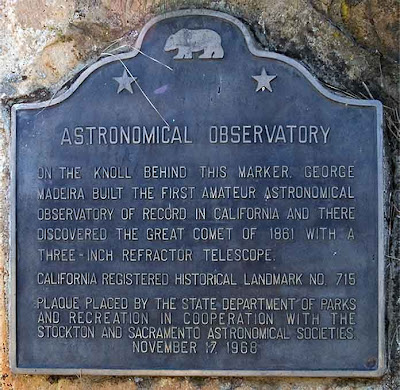 On the knoll behind this marker, George Madeira built the first amateur astronomical observatory of record in California and there discovered the great comet of 1861 with a three-ich refractor telescope.