In 2004 and 2005 [pic], Jack went to an event at Arco Arena called Practice Like the Kings. This year, the Sacramento Kings offered a Kids Clinic for season ticket holders. Four Kings players and two of the assistant coaches held a loose practice session with about 110 kids. 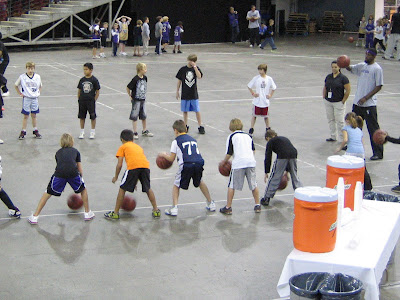 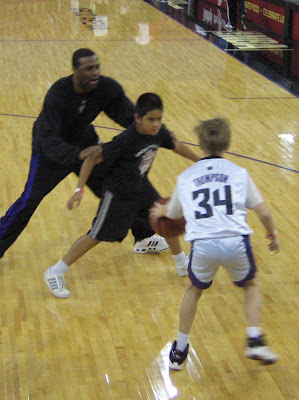 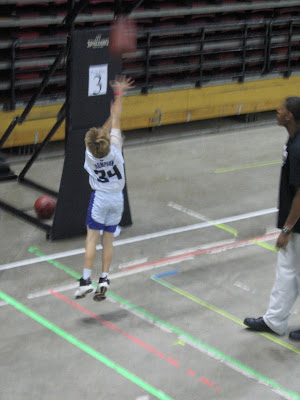 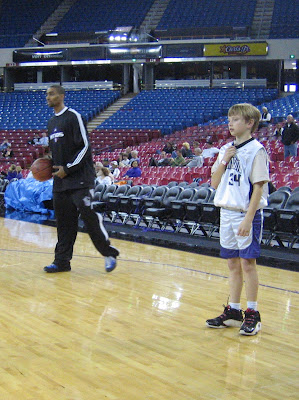