Jack and I spent the Wednesday before Thanksgiving waymarking historical sites in Western Amador County in the rain. This was the twelfth of twenty-one places that we stopped. 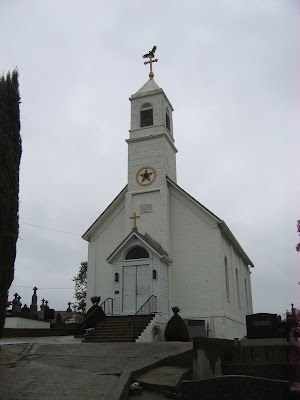 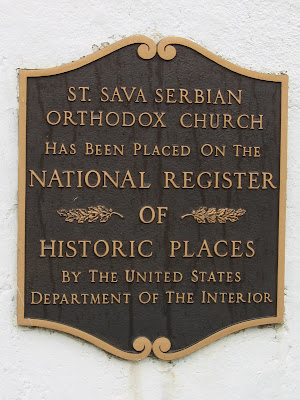 This was the first church in North America of the Serbian Orthodox Church. Jackson was home to a large Serbian population in the early 1890’s, but at that time there was no Serbian church on the continent. To address this situation, His Grace Nikolai of Alaska, the head of the Russian orthodox church of the United States, came to Jackson with Father Dabovich and on February 25, 1894 the Bright ranch parcel was consecrated. The first burial took place in May and the church was dedicated on December 16 of the same year.