I stopped at the Plaza Hotel on my way back from having brunch with Morgan in the Carmel Valley. 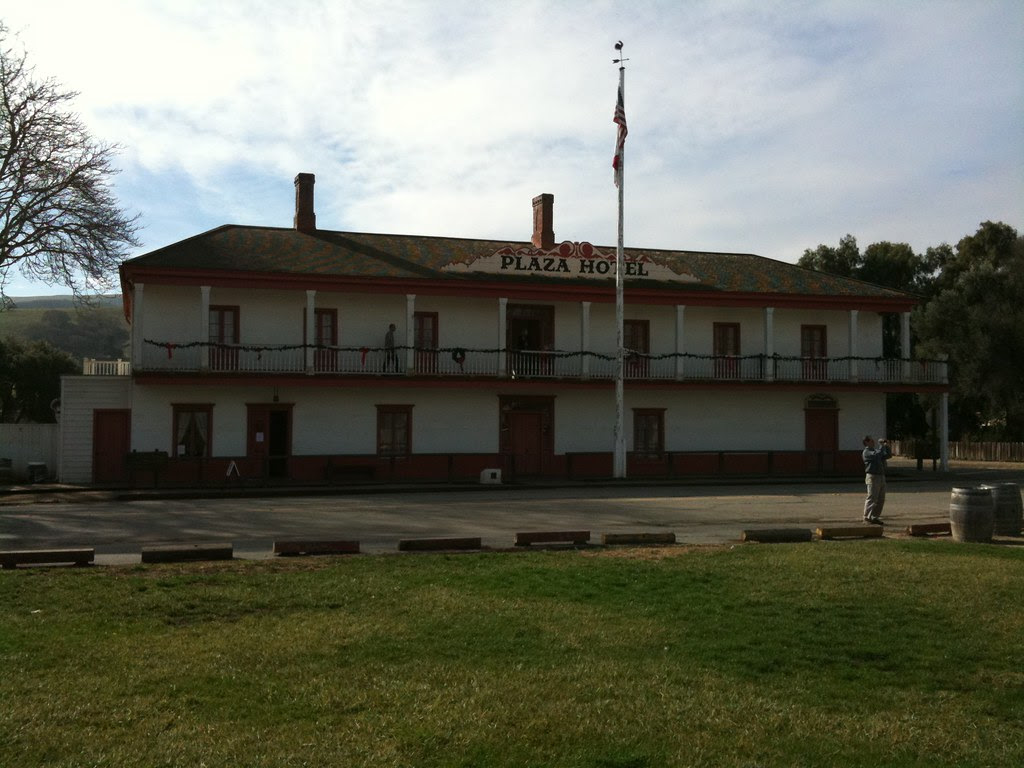 In 1858 Angelo Zanetta added a second story to a one-story adobe barracks built in 1813-14 for soldiers who represented the Spanish government and operated it as a hotel for many years. Because San Juan Bautista was one of the main stage stops between San Francisco and Los Angeles, the Plaza Hotel became famous throughout California.
Posted by Heringer at 1/13/2010 08:41:00 PM