Jack and I stopped at this waymark on day one of this year's Spring Training trip. 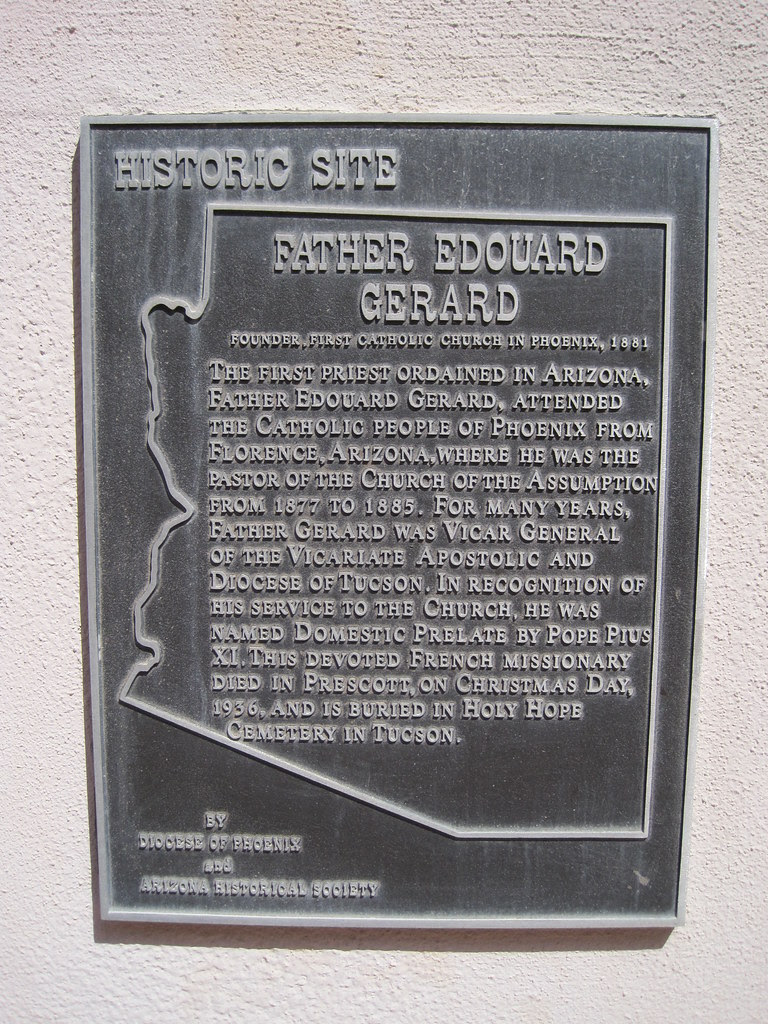 Founder, first Catholic church in Phoenix, 1881 - The first priest ordained in Arizona, Father Edouard Gerard, attended the Catholic people of Phoenix from Florence, Arizona, where he was the pastor of the Church of the Assumption from 1877 to 1885. For many years, Father Gerard was Vicar General of the Vicariate Apostolic and Diocese of Tucson. In recognition of his service to the Church, he was named Domestic Prelate by Pope Pius XI. This devoted French missionary died in Prescott, on Christmas Day, 1936, and is buried in Holy Hope Cemetery in Tucson. 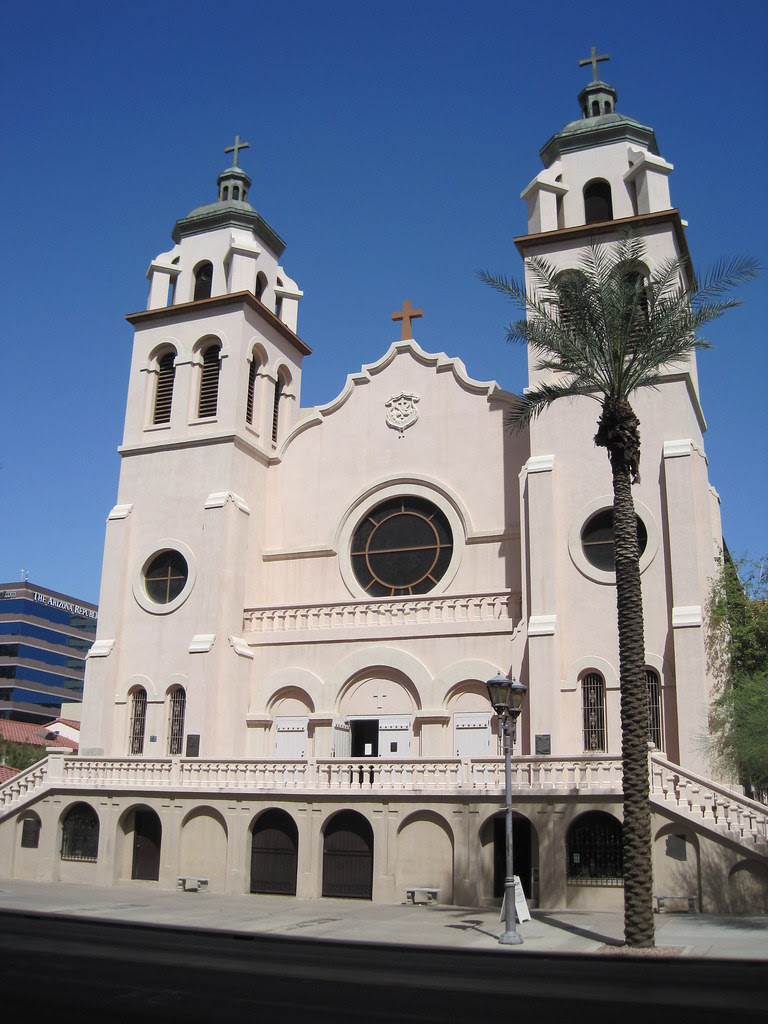