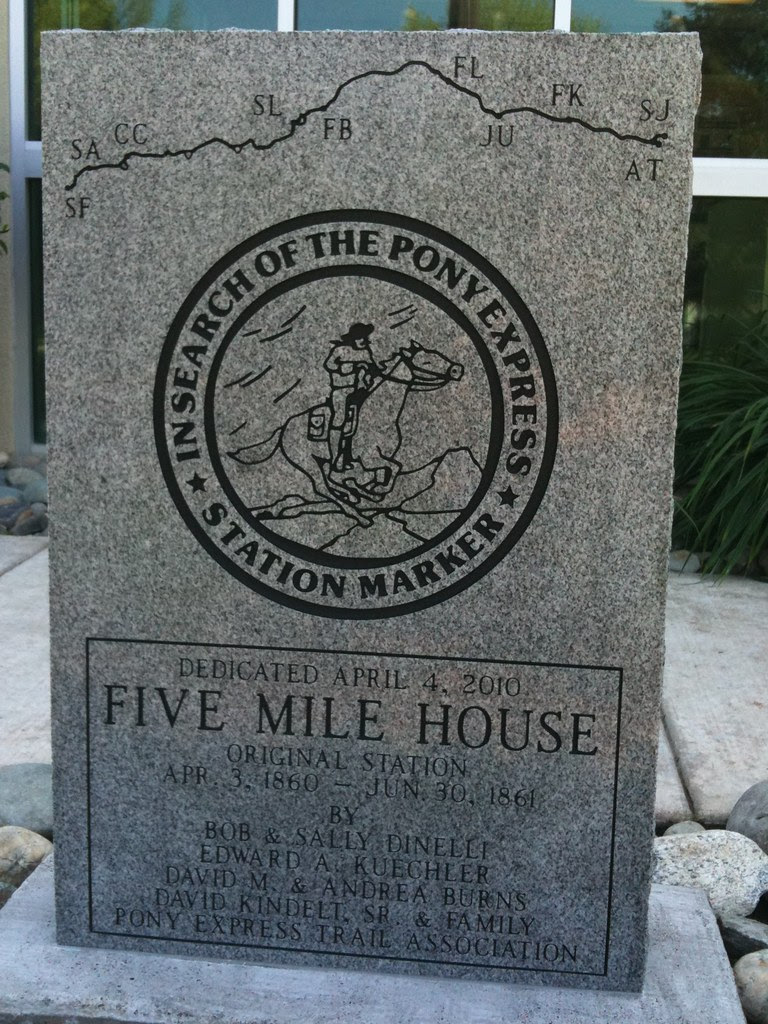 ﻿Sam Hamilton carried the first eastern Pony Express mail into Sacramento at 5:30 P.M. on April 13, 1860. The following day the Sacramento Daily Union Newspaper reported that Hamilton said his last relay station for a fresh horse before arriving in Sacramento was at the "Five Mile House".

The old road from Sacramento to Placerville went out "J" Street to the American River and followed the river east for about ten miles before heading to Placerville. It was replaced in 1856 by a new road to the south that followed the now operating Sacramento Valley Railroad. This new road would become today's Folsom Boulevard. 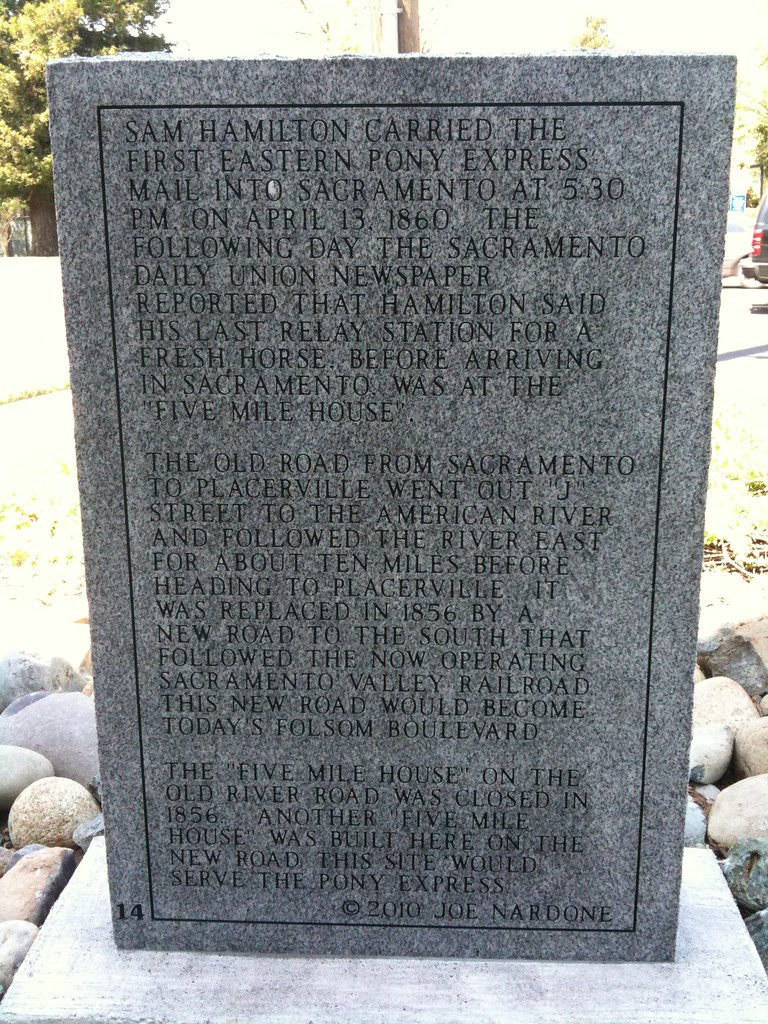 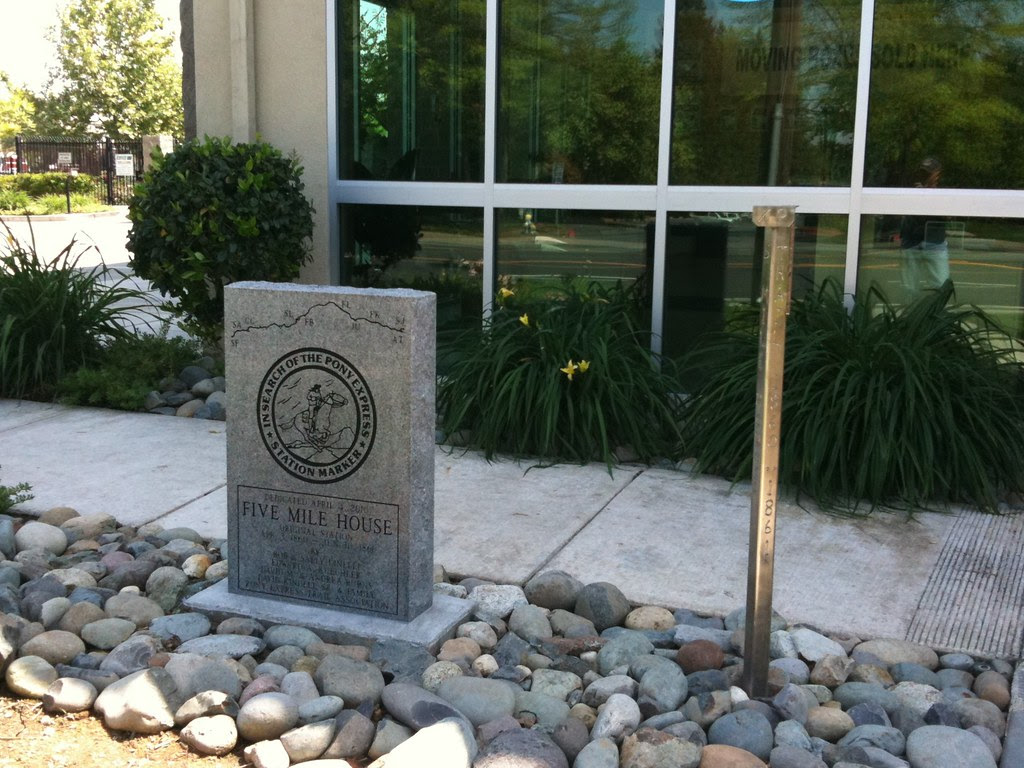