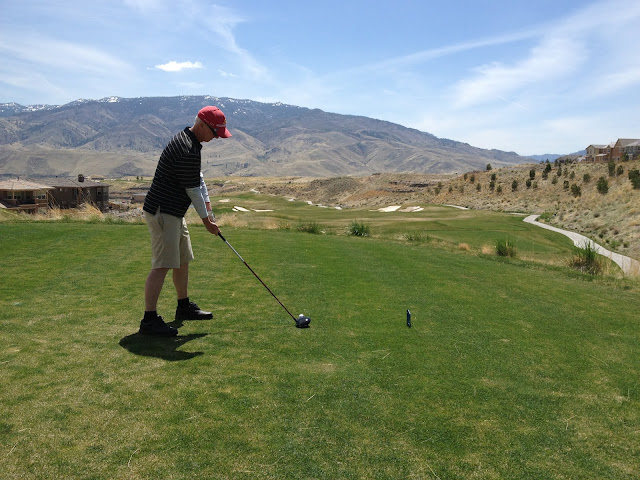 For the third year in a row, Larkin and I played in the Petersen Shootout Golf Tournament. This golf outing is organized by one of the coaches [Rod] from Jack's Outlaws Baseball Team. The group totaled 24 guys.

Leaving Carmichael about 9 a.m., I was at the golf course a little after 11 a.m. The group played the Somersett Golf Course on the first day. Larkin and I were in the last group of the day playing with Shawn and Dave.

Looking at the course on the satellite, it looked like an open course with few trees. I got a rude surprise. While there were few trees, the course was narrow with lots of very rugged outbounds and sand traps.

I bought a new driver and 5 wood for the trip. Overall, I felt like I was striking the balls as well as I ever have, but I struggled with my control. With the tight course, this was a problem; I hit a number of balls outbounds.

I needed up with a very liberal winter rules score of 118. I shot 65 on the front nine and a 53 on the back nine. I actually won one of the closest to the pin holes. On a 193 yard par three, I hit a my five wood into the wind and on to the front right of the green. I was the only person that landed a ball on the green on that hole.

After finishing up golf, we headed to the hotel and checked in. Like last year, the group is staying at the Eldorado. We got cleaned up and headed up to the hospitality suite.

Larkin and I ended up having a late dinner at The Brews Brothers microbrewery in the hotel. We finished the evening wandering through the casino watching people gamble. Neither of us gambled, but I am planning on playing some blackjack tomorrow night. 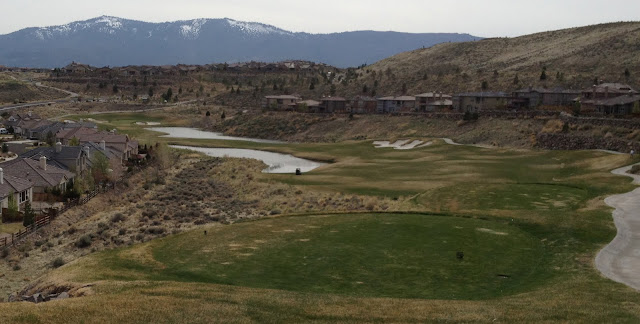