Jack and Drew spent the day wakeboarding with Tomasin and riding Chabrier's wave runners. Sharon spent the morning riding more than 18 miles on the Lake Almanor Bike Trail. The boys eventually had lunch with a group at the Peninsula Market.

I had a mobile device presentation to make to the IS Town Hall. Stopping at the house, I eventually got on the road about 12:40 pm. Driving Sharon's car, it took me just over 3 hours and 15 minutes to get to the Dorado Inn via Highway 70 and the Feather River Canyon.

Sharon had brought a cribbage board. The boys had been playing during the afternoon before I got there. Jack, Drew and I ended up playing one of three handed cribbage before dinner.

Drew and Chris spent some time on the wave runners as the sun was going down. Eventually, Julie served tamales for dinner. Sharon and Julie got engaged in a long conversation. By the time we got back to the Chavez Cabin, it was almost 11:30 pm. 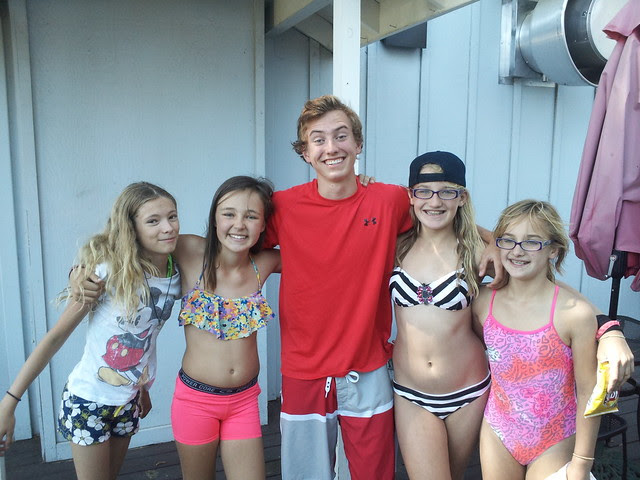