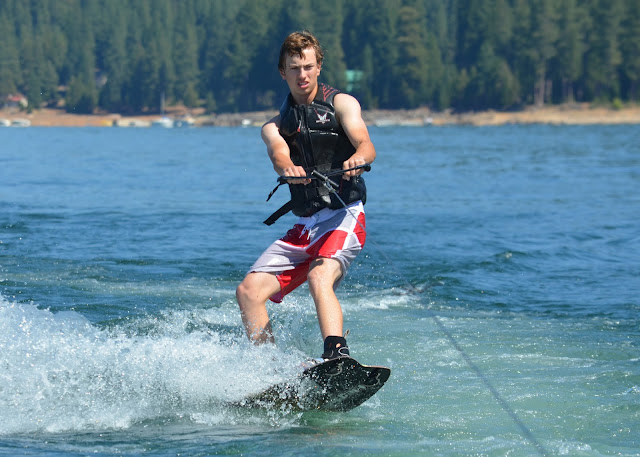 After a late night, no one was moving very early. I eventually went out for a four mile run along Highway 147.

When Hunter finally got up, we took his boat around to the public launch on the other side of the dam. We spent the rest of the morning on the lake. We briefly caught up with Tomasin. Jack wakeboarded, while Hunter and I both single skied. Neither Jack or I skied last year, but both of us were able to get up on the first try. Well, technically, it was my second try; Hunter's rope broke the first time I tried to get out of the water...

Back at the Dorado Inn, Snipes, Tomasin, Hunter and I spend some time lounging in the boat trying to solve world peace. Hunter's repeated trips to Cuba since last fall generated some interesting discussions.

While we were eating a late lunch, Tomasin, Mikey and Chris built a horseshoe pit south of the cabins at the Dorado Inn. Playing after lunch, Tomasin and I barely lost to Snipes and Hunter who turned around and beat Keith and Jack. 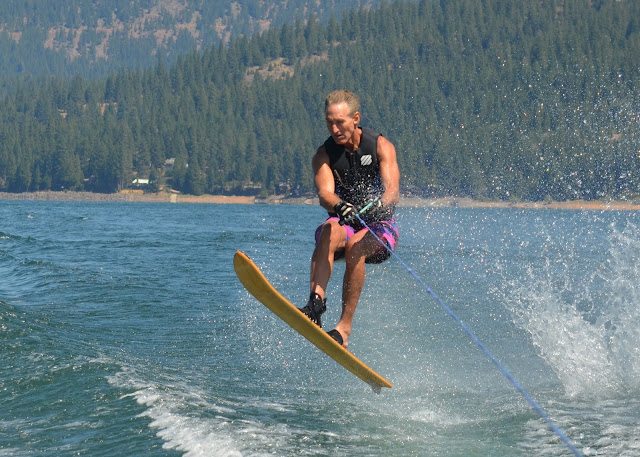