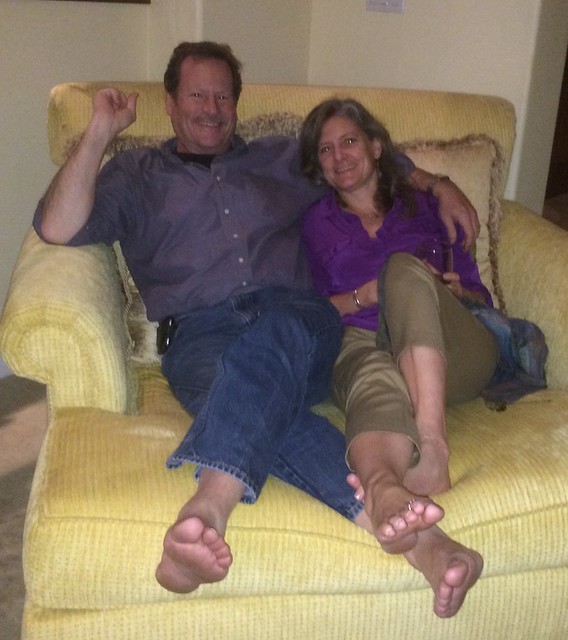 With Hunter's wedding on Saturday, there were a surprising number of people converging on Sacramento. The Nooters flew in from the east coast on Friday afternoon. I don't believe that the Nooter have been on the west coast since July of 2002.  Racing to get back from meetings in Sonora, I got home about 20 minutes before they got there.

It was very nice to have a chance to catch up with Nooter and Barb before everyone else got there. We have not seen them since we were in Washington DC in '11.

We hosted a dinner for the Nooters and the Wallens on Friday night. We had invited a number of other people (Snipes, Tomasins, Chabiers and Moore), but it ended up just the six of us plus Jack. Snipes was still sick and recovering from their trip to Europe…

After dinner, Geselbracht and Barb showed up. They had dinner with Dalton.  We finished the night with the eight of us lounging in the front room.

The Nooters spent the night with us. The Wallens stayed in a hotel off of Cal Expo and Tribute with the Brady Bunch next store and the Flinestones upstairs...
By Heringer at 10/17/2014 11:59:00 PM