Milo Greene at the Warfield in San Francisco 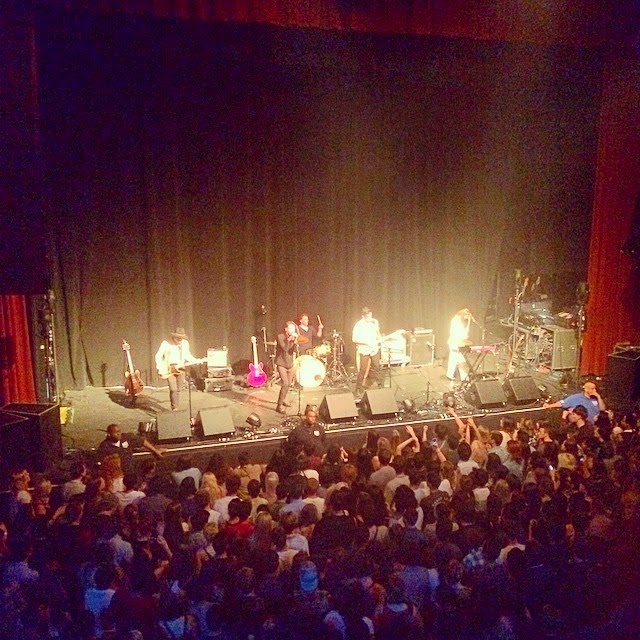 With Milo Greene back on the road to start promoting their new album, Sharon and I headed to San Francisco. Sharon had made a reservation for dinner at an italian restaurant near Castro and 18th Street. Unfortunately, this turned out to be ground zero for some kind of giant street fair. We spent almost an hour trying to get to the restaurant and find some parking before giving up.

Frustrated, we headed towards the Warfield Theater. We ended up parking about a block from Union Square. Searching in OpenTable, Sharon found a reservation at Michael Mina's Bourbon Steak. We had a very nice dinner; we shared Korean Barbecue Short Ribs, an Angus filet and a bottle of Foxen Pinot Noir.

After dinner, we walked about 4 blocks to the theater. I was frankly shocked at the number of homeless and how dirty the city was once you got a couple of blocks away from Union Square. When we were in New York last fall, I don't remember anything like this.

Picking up our tickets at will call, we walked into the theater just as Milo Greene was beginning to play! We bumped into Nicki; she came up from Los Angeles on the Sprinter.

Milo Greene played for about 45 minutes. I really enjoyed the set. Afterwards, Sharon and I visited with Drew and Nicki in the Green Room under the stage. It was great to see them.

In a bizarre surreal moment, we were getting ready to leave. Drew, Sharon and I were walking and talking. All of a sudden, I realized that we were standing in the wings of the stage while the Bombay Bicycle Club was playing…

Sharon and I wandered back to the car and wound our way home. It was after 12:30 am on Monday morning by the time we got home. 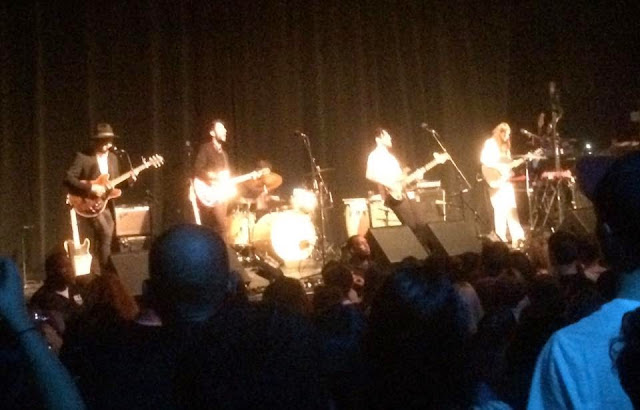