Up early, we had a very light breakfast [toast] at the condo. The plan for the day was kayaking and snorkeling in Keylakekua Bay. Leaving the condo before 7 am, we drove to the Kona Boys main store on Highway 11. Checking in, we found out that we were the only people on the morning tour!

After getting our snorkeling gear, we drove down to the bay to meet the guide at the pier. The guide [Joe] had everything laid out. We were in the water and kayaking quickly. It is about a mile across the bay to the Captain Cook Monument. We came upon a group of dolphins on the way. 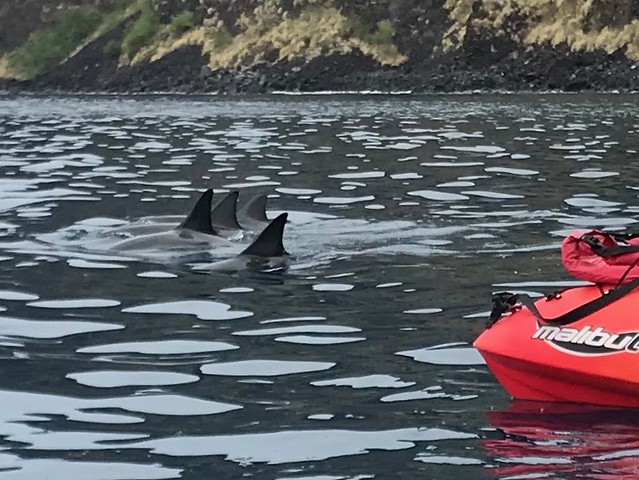 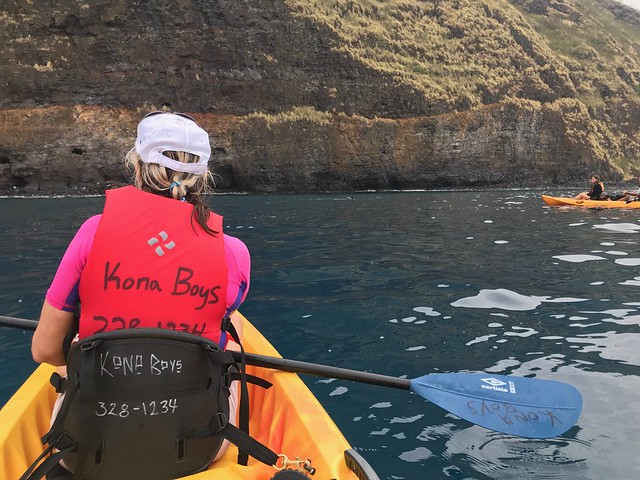 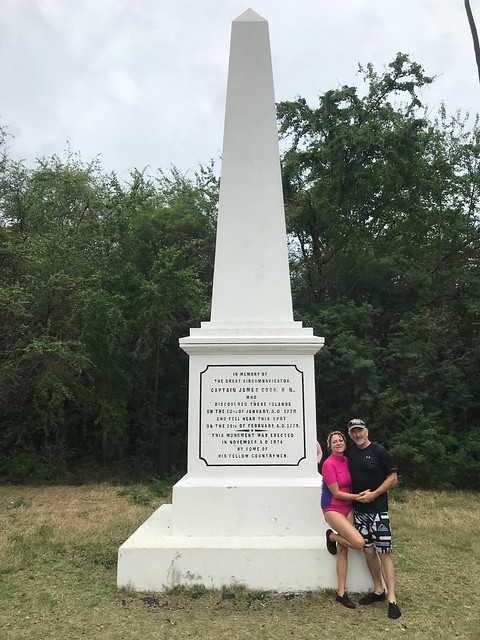 Once we got to the monument, we pulled the kayaks out of the water. Only a couple of tour companies have permits to land there. Once we got everything organized, Sharon and I spent about an hour in the water snorkeling the reef. There was a lot of sea life. Just as we were getting out, someone in the water said that there was a turtle. We put our stuff back on and dropped back in the water. We ended up following the turtle along the reef for quite a distance.

We had an early box lunch provided by the tour company.  I was amazed at how many boats started to show up at the reef. There was a large catamaran, several zodiacs and a couple of other boats dropping people off.

We started back across the bay. I noticed that there were a number of boats clustered off to one side. We ended up heading over there. There were a lot of dolphins, including a couple that were jumping out of the water.

Getting cleaned up, we walked to the Kona Canoe Club. The Wallens were hosting a welcome reception for everyone attending the wedding.

Eventually leaving the gathering, Sharon and I got a little sideways trying to figure out where to get some late dinner. We ended up having some fish and chips at a place that shall not be named...
By Heringer at 2/22/2018 11:59:00 PM

Email ThisBlogThis!Share to TwitterShare to FacebookShare to Pinterest
Labels: Kayaking