An odd day. I struggled with a range of different emotions and second guessed myself seven ways to Sunday.

Sleeping fairly late, Sharon suggested that I go out for a run, while she wandered up the street to a juice place to get some breakfast. I ended up running just over five miles from the hotel, along the Potomac River and then up the Mall to the Washington Monument and back. Burning off some of my emotions, I carried a much faster pace than I normally do... 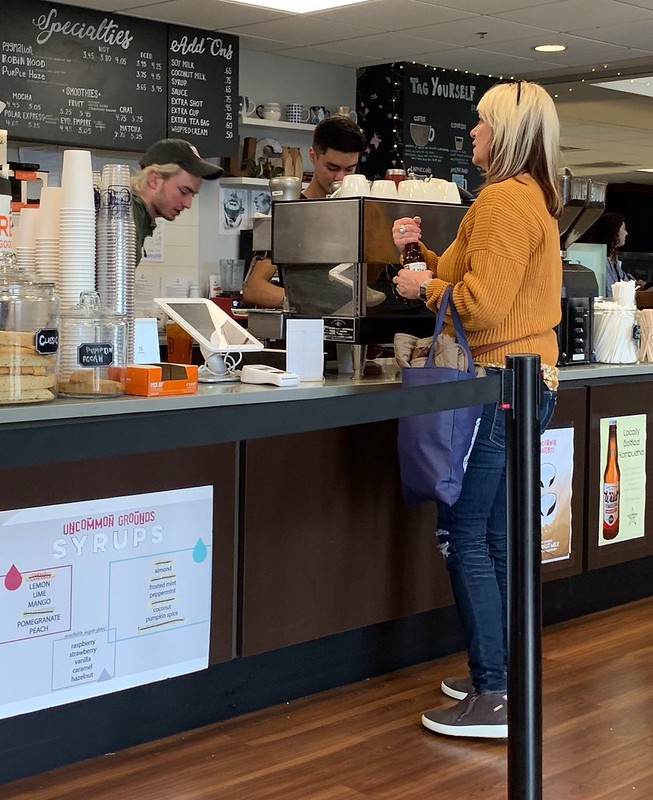 After getting cleaned up, we wandered on to the campus and picked up our registration package for the family weekend. In the last two years, we haven't taken much advantage of the program. From there, Sharon wanted to walk down to the Potomac River waterfront. We wandered across the C&O Canal and down to the Potomac Boat Club. We discovered one end of the Capital Crescent Trail. We need to rent bikes and explore this trail on a future trip.

Heading back to the campus, we wandered through the bookstore and then met Jack for lunch at the tailgate. They moved the food service into the business school this year. It has always been a pretty good lunch.

Jack took us to Uncommon Grounds after lunch. He is the General Manager and Director of Operations. We ended up sitting there for a couple of hours while he alternatively helped behind the counter and visited with us. I enjoyed having the opportunity to watch him interact with the other employees and the customers.

With Jack taking off to study, Sharon and I wandered all the way to the Watergate Hotel. We had a drink on the rooftop bar. Walking back to the hotel, Sharon did a little shopping along M Street. 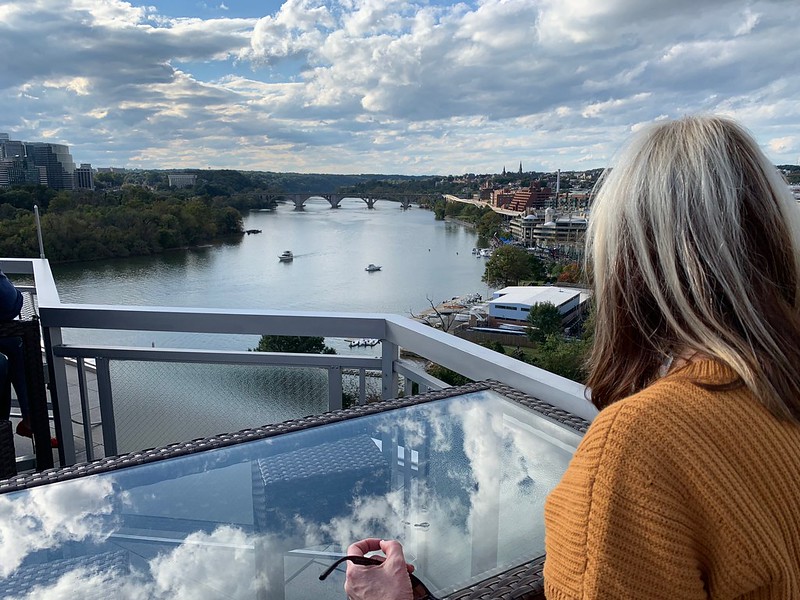 We finished the night in the bar at the hotel watching the first couple of innings of game seven of the Dodgers versus Brewers NLCS game. The Dodgers ended up winning by the score of 5 to 1. As we started back to the room, someone at the bar commented on my World Cup Rugby Sevens shirt. Sharon and I ended up talking to the couple for over an hour. They were from Connecticut and their youngest was a freshman at Georgetown.
By Heringer at 10/20/2018 11:59:00 PM