We visit the light station and climbed to the top during our trip to Sea Ranch in January. 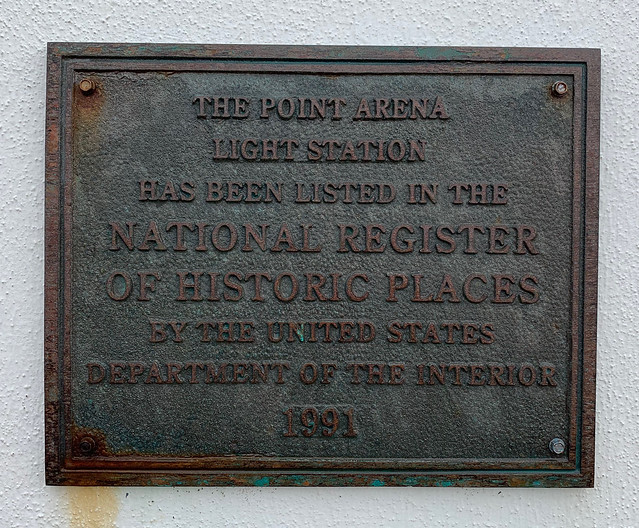 In 1989 the Point Arena Light Station was listed in the National Register of Historic Places for its statewide significance in the area of maritime history. Coastal traffic increased substantially during the 1860s, and heavy storms and fogs often made trips along the coast treacherous. The first buildings at the station were constructed in 1870 and were destroyed in 1906 during the San Francisco Earthquake. At that time the U. S. Lighthouse Service decided to use reinforced concrete in the light house replacement. Prior to this, reinforced concrete had not been employed in the construction of a California lighthouse. Thus, when the Point Arena Lighthouse began operation in 1908, it became the first lighthouse of reinforced concreted in the State. Strikingly situated between the Pacific Ocean to the west and rolling farmland on the east, the Point Arena Light Station retains the character and appearance of one hundred years ago. 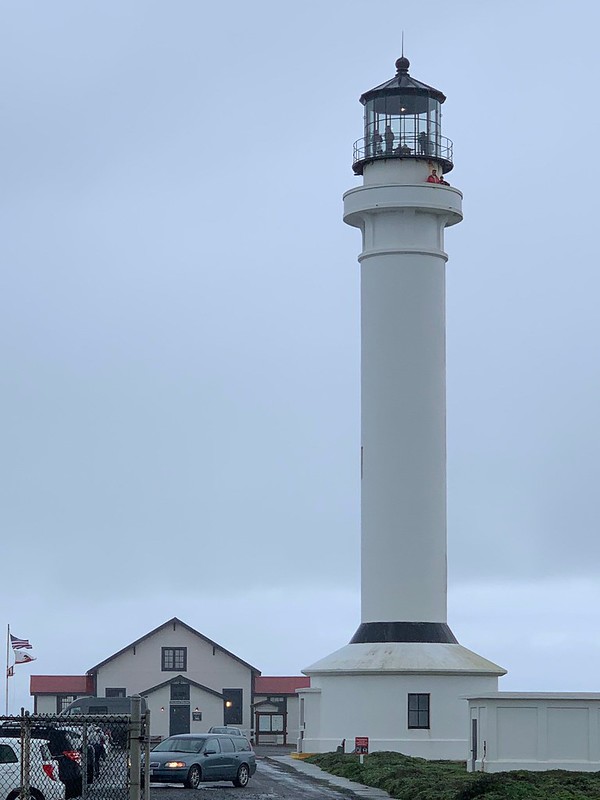