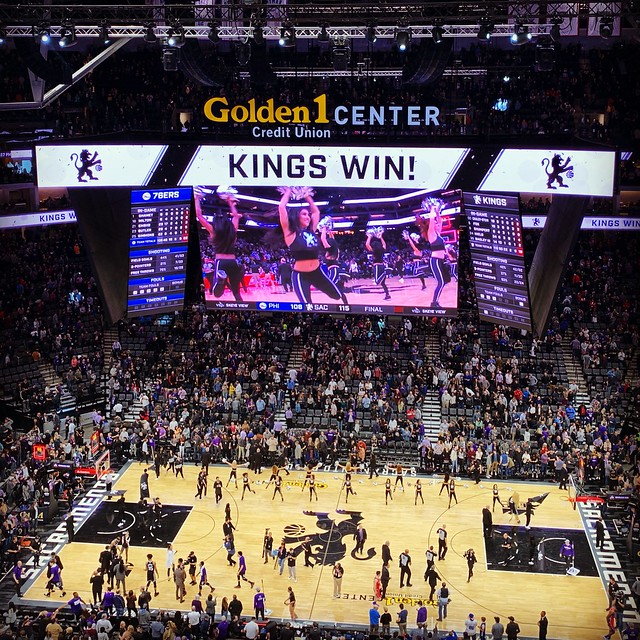 Saturday night, Sharon, Janie, Kevin, Eric and Larkin all went to the Sacramento Kings versus Philadelphia 76ers NBA game. Before the game, Sharon, Janie and I went to dinner at Camden Spit and Larder. I had house pappardelle pasta [butternut squash, cultivated mushrooms, hen egg, parmigiano reggiano, gremola], while Sharon and Janie split an organic roast half chicken [olive oil whipped potatoes, rapini, green sauce, charred lemon]. I gave my meal a "B-".

With the Kings leading from the start, Jimmy Butler pulled the 76ers ahead by one point at 98 to 97 with 4:30 left in the game. Butler had two four point plays in the fourth quarter. The Kings closed the game on a 11 to 5 run to win by the score of 115 to 108.

J.J. Redick didn't play. Without Redick in the line-up, the 76ers went 1 for 13 from three in the first half. Reddick leads the team with 8 three point attempts per game.

I saw Bulter play for the Timberwolves in November before he was traded to the 76ers. I am still in awe of how big he is!