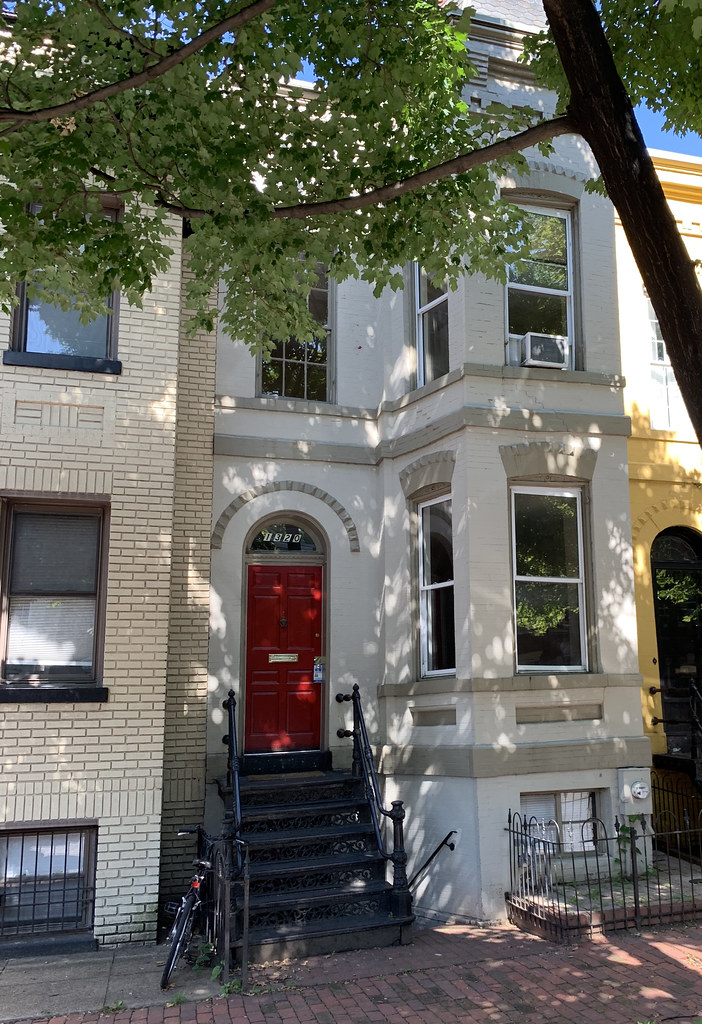 Up at 3:45 am, Sharon and I rolled from the house about 4:50 am. We caught a 6:45 am Southwest flight nonstop from Sacramento to Baltimore. Sharon ended up with a C6 boarding pass on Friday morning so I upgraded her to an A9. I think that it is first time I have ever paid for a upgrade on Southwest at the airport.

Using the A9, Sharon was able to get us the two seat exit row. It was a completely full flight.

It was an easy uneventful trip. We were on the ground about 2:40 pm. It took an hour and twenty minutes to get the luggage and the rental car and then another hour and ten minutes to get from BWI to the hotel. Waze routed us off the freeway and across New Hampshire Avenue into the city.

We are spending two nights at the Georgetown Marriott. After getting settled in an upgraded corner room, Sharon and I unwound with an adult beverage in the hotel bar.

From the hotel, we took at Uber to Jack's new apartment. Jack and a friend have rented a basement apartment two blocks from campus for the next year. We spent some time visiting with Jack and his roommate James. James and Jack have worked together in The Corp over the last two years. James is from Phoenix.

Sharon, Jack, Jack's roommate James and I finished the day with a late dinner at Clyde's of Georgetown. I had lump crab cake, Sharon had salmon, Jack had a catfish sandwich and James had chicken.