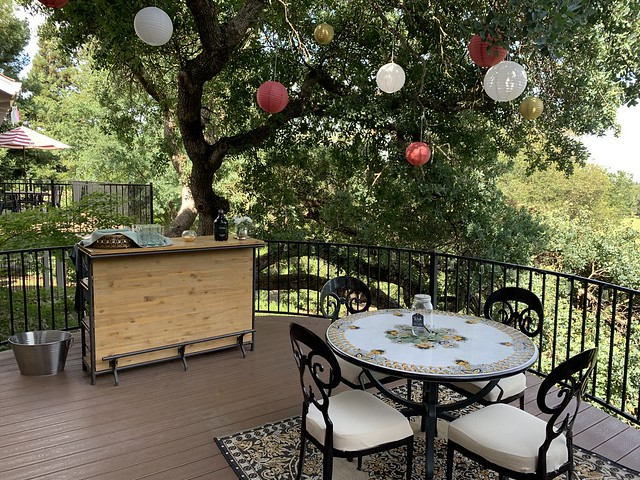 Early in the year, Sharon and I started talking to Drew and Shannon about hosting an engagement party and proposed the Saturday before Father's Day. The original idea was that the party was going to focus on people who probably wouldn't be invited to the wedding, but the guest list strayed a little from there. We have spent the last six weeks getting the house in shape and organized for party.

We spent the morning and early afternoon putting the finishing touches in place for the party. We cleaned the front and the back deck, moved the barbecue, arrange the rental furniture and hung a number of lanterns.

The Snipes arrived first at exactly 5:30 pm! From there, it was a steady stream of guests. The original count was about 53, but as Sharon correctly predicted a number of people were no shows. I believe that we ended up with close to 45 people. It was an eclectic group that included our friends (Snipes, Larkins, Renterias, DiGiorgios, Wackman, Janie, Liz), Sharon's family (Tom, Tim and Kevin), Shannon's maid of honor, some neighbors and a slew of people that Drew grew up with in Placerville.

Sharon had arranged for caterer (Elle's Custom Catering) who put out a tremendous spread of food. We met the caterer at dinner with some friends in February. The caterer supplied a bartender!

It was a very nice evening. I frankly lost track of time at the end of the evening. At one point, Tiber and I walked the Larkins to their car; I am not sure what time that was... A group hung out on the deck until almost 11:30 pm. Sharon, Drew, Shannon and I moved inside and talked until 12:30 am when I crashed. I think that Sharon, Drew and Shannon stayed up until 2:30 am!?! 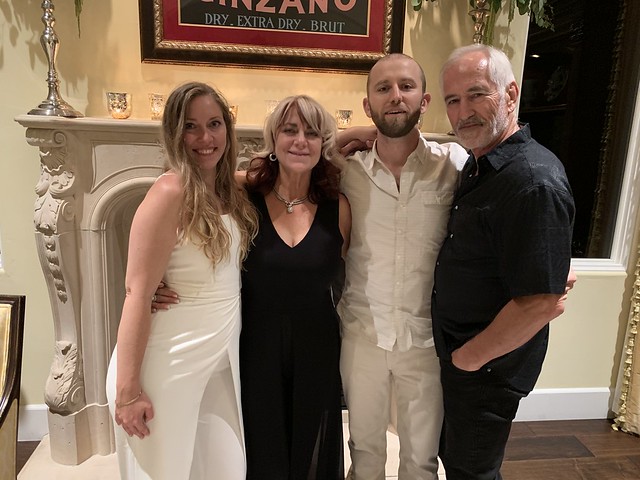