The Festival of Nine Lessons and Carols is a service of Christian worship celebrating the birth of Jesus that is traditionally followed at Christmas. The story of the fall of humanity, the promise of the Messiah, and the birth of Jesus is told in nine short Bible readings from Genesis, the prophetic books and the Gospels, interspersed with the singing of Christmas carols, hymns and choir music.
For the fourth straight year [2016, 2017, 2018], Sharon and I went to Lessons & Carols, an evening of prayer and song presented by the Jesuit High School Chamber Singers, the Concert Choir of St. Francis High School and Jesuit Drama at the Chapel of the North American Martyrs. Sharon's brother Tom went with us for the second straight year. Sharon went by herself in 2015 while I was working in the Napa Valley. This is the eleven year that Jesuit High School has held the service. 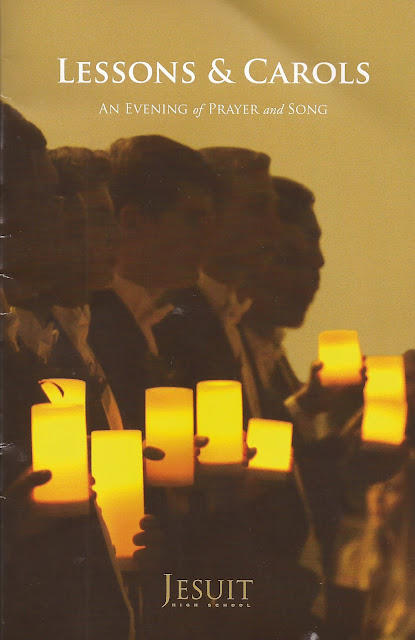 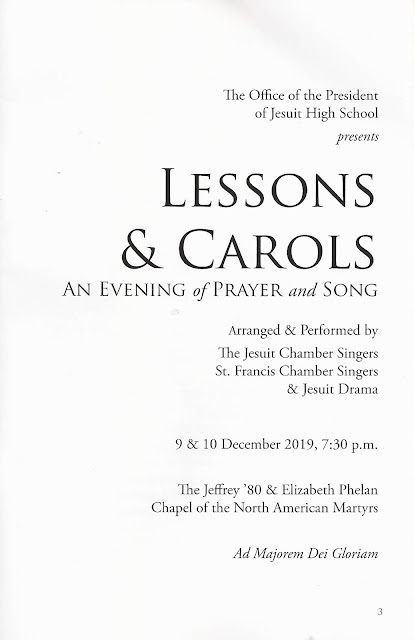 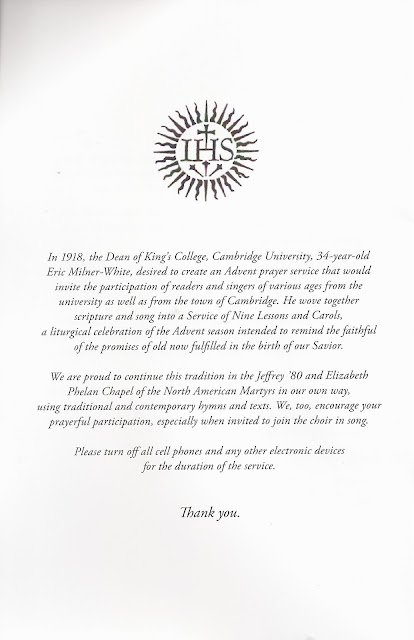