Our original plan was to drive to Southern California to spend a couple of days with Drew and Shannon. Leaving an early morning medical appointment, we checked Waze and quickly realized that I-5 was closed over the Grapevine due to snow! Waze was routing us down 99 to Fresno, across 46 to Paso Robles and then down 101 to Southern California. It would have been a nine hour plus trip.

Sharon quickly started pushing the idea of flying. Turning around and heading home, we booked tickets on a 2:00 pm Southwest flight from Sacramento to Burbank.

We took off for the airport about 11:30 am. Like the trip to Philly, I parked at a electric vehicle charger on the sixth floor of the parking garage. I was surprised that the airport was not more crowded.

Drew picked us up at the airport. We headed to his house. I had been to Mirror Wall Studios once before more than three years ago. This was the first time I had been there in the daytime.

We ended up walking up to the top of the hill behind their house. There was an amazing view of downtown Los Angeles. With a storm just moving out, it was very clear. 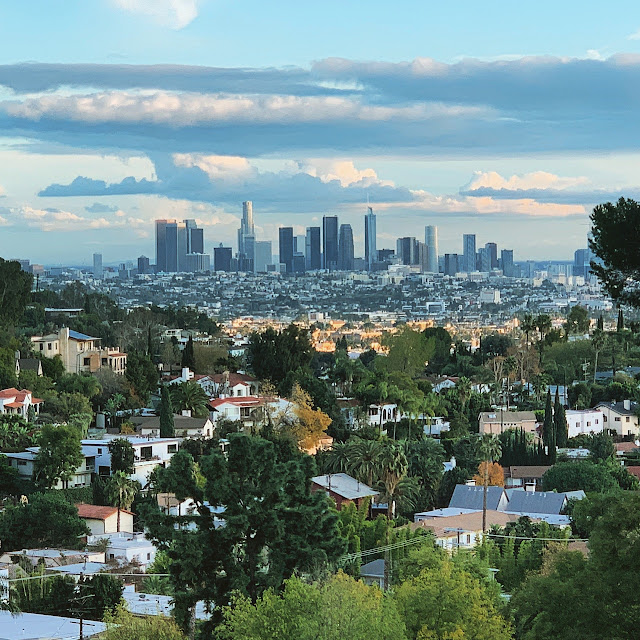 We visited and exchanged Christmas presents. They gave me several presidential biographies. I gave Drew a music toy.

Afterwards, Drew dropped us at hotel. We are spending two nights at the W Hollywood Hotel on points.